Bolton-based supercar company is soon to launch the Berus and claims plans are afoot for a 2,000bhp monster version 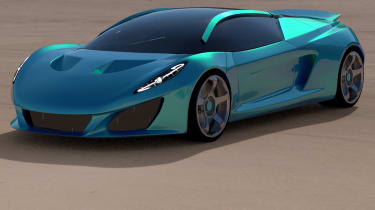 Keating Supercars isn’t exactly the best known name on the car market, but this month the company is celebrating an eventful ten years in the business with a new car. Keating produces lightweight, super-powerful cars, with the priority squarely on driving thrills rather than luxury and its latest model, the Keating Berus, adheres to that formula.

Keating plans to storm into its next decade with its most outlandish product yet – the Berus. The firm says the Berus has styling ‘like a snake’s fangs’ – and in fact takes its name from the venomous snake Vipera Berus. As with previous cars, Keating promises scary performance figures, too. 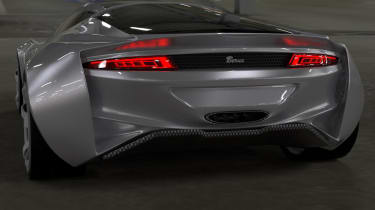 The Berus will be available in three versions, kicking off with a naturally-aspirated unit giving 650bhp. Adding twin-turbochargers to this will push power up to 2,000bhp (of course), while an electric version promises green motoring with more than 400bhp on tap.

So far, only a half-scale model of the Berus has been produced, and it’s on display at the University of Bolton’s Centre for Advanced Performance Engineering – where Keating Supercars is a partner. The company promises a debut for the Berus by 2017, though, so we’ll be able to see for ourselves if it’s a true contender in the supercar market.

A brief history of Keating

Keating’s first product, the TKR, was launched at the 2006 London Motor Show. It was built primarily for track purposes but a road-going SKR followed shortly after. These cars used parts from other hypercars like the Saleen S7 and Pagani Zonda, but were powered by a 7.0-litre General Motors LS V8. In twin-turbocharged form, Keating promised over 2,000bhp from this unit, with a claimed 0-60mph time of just two seconds.

A modified Keating TKR has been recorded in the past travelling at a staggering 260.1mph at El Mirage Lake in California, suggesting Keating’s bold claims may not be a million miles from the truth. 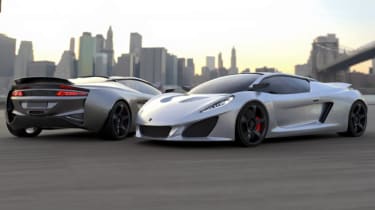 However, Keating came back down to earth with its next product, the ZKR. Unveiled in 2011 it provided a comparatively measly 650bhp, but Keating claimed it should still sprint from 0-60mph in just 3.6 seconds.

The ZKR’s successor bought things back up, though. The Keating Bolt claimed an engine output of anywhere from 640bhp to 2,500bhp from the same 7.0-litre LS V8 engine. With a kerb weight of just 990kg, that’s sure to provide spectacular performance – Keating reckons a top speed of up to 340mph is on the cards - but early reports of the car are disappointing with a poor finish and dated technology attracting criticism.