Feeling short-changed by a Veyron or LaFerrari? Arash has the answer with the latest version of its AF10 hypercar 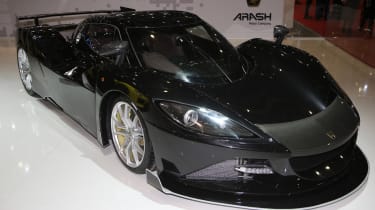 Motor shows are known for crazy concepts and far-out hypercars, and there’s always at least one exhibit that attempts to top the horsepower stakes. At Geneva Motor Show today, it has come from Arash Motor Company. The automaker has unveiled the AF10 – a monstrous hybrid hypercar with a combined power figure of 2,080bhp from its supercharged V8 engine and electric motors.

That power figure is split with 900bhp coming from the engine and 1,180bhp from the electric motors. Arash rather optimistically calls the system ‘Warp Drive’ – obviously hinting at the speed on offer. The combined grunt is sufficient to get the AF10 from 0-62mph in just 2.8 seconds – a figure no doubt aided by the four-wheel-drive system. The car will then go on to a top speed of just over 200mph. 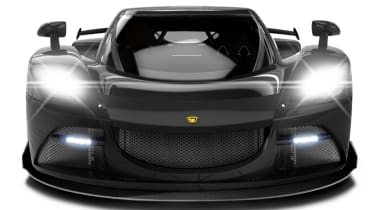 The hybrid AF10 is based around the existing car, which was previously only available with a V8 engine producing 550bhp. The hybrid model ups that to 900bhp on top of the extra provided by the electric motors.

The AF10 is constructed around a carbon-fibre tub like a McLaren P1, which not only adds strength, it makes the car very light. Lightness is a feature of the AF10, with Arash claiming that the entire ‘Warp Drive’ powertrain weighs only 280kg – despite containing a 6.2-litre V8 engine, four electric motors and five gearboxes!

If you want to take over 2,000bhp onto the track, Arash has you covered – the car can be supplied as a racer, complete with roll cage, fire extinguisher, intercom, and most importantly a lightning bolt pattern down the side.

However, all this power comes at a price – a price starting from £1.1 million. Those who don’t have quite that much cash burning a hole in their pocket can opt for the more pedestrian, 550bhp V8-only car, costing from £350,000. But if you want to play with big numbers and embarrass Bugatti Veyron owners with their measly 1,184bhp, the Arash AF10 hybrid is the car to go for. 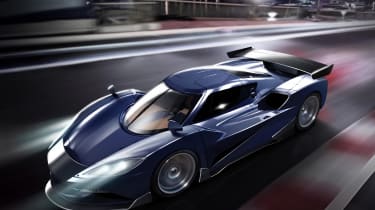 Would you pay for ultimate horsepower, or would your money go elsewhere? Let us know in the comments below...