Gallery and roundup of the Salon Prive show at Blenheim Palace, with new debuts from Lamborghini, Morgan and Bristol 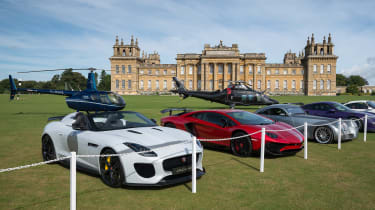 The Salon Prive show always hosts some of the most exotic metal and classic cars the world has ever seen, and this year is no different. Held in the grounds of Blenheim Palace in Oxfordshire, it's one of the highlights of the UK's automotive calendar.

New car debuts aren't as numerous as at some big motor shows, as Salon Prive is all about the classics. Even so, Lamborghini is showing off its bonkers new Centenario, Bristol has its £250,000 Bullet and Koenigsegg has its insanely fast Agera RS. Morgan is also featuring its EV3 Selfridges Edition electric three-wheeler. 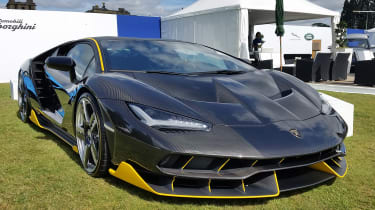 Thursday saw the prestigious Concours D'Elegance event, where some of the world's finest and most valuable classic cars are judged by big names including five-time Le Mans winner Derek Bell MBE.

Highlights included the stunning 1956 Ferrari 500 Testa Rossa racing car, which won the coveted Salon Prive Best of Show overall trophy, and The Maserati A6 GCS Berlinetta which won the People's choice award. This year also celebrated 50 years since the debut of the Lamborghini Miura,with an entire class dedicated to it. 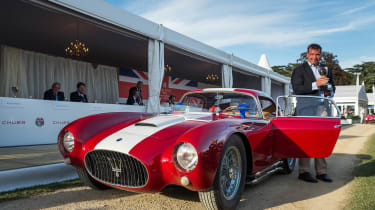 Most of the cars will be on display throughout the weekend, with different events including today's Boodles Ladies' Day, Saturday's supercar show and performance competition, and the Silverstone Auctions will see 68 stunning classics going under the hammer.