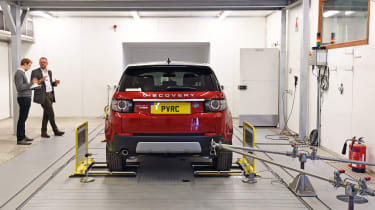 The European Commission has proposed a new set of tougher emissions standards for car manufacturers from 2025 onwards.

Average fleet CO2 emissions for each manufacturer would have to be 30 per cent less in 2030 compared to 2021, under the Commission’s proposals. It also plans to introduce an interim target of 15 per cent reductions by 2025 to help automotive firms “kick-start” investment in green technologies.

Current EU standards require manufacturers to reduce average fleet emissions to 95g/km of CO2 by 2021. This would mean average fleet carbon dioxide emissions would be capped at 66.5g/km These have to be achieved under the old New European Driving Cycle (NEDC) type approval tests. However, the proposed targets for 2025 and 2030 would have to be met under the new and stricter Worldwide Harmonised Light Vehicle Test Procedure (WLTP).

Other proposals include an action plan and investment solutions for a “trans-European deployment of alternative fuels infrastructure” – which would encourage national cooperation on things like electric vehicle charging. The Commission also wants to improve cross-country bus services to provide more alternatives to using private cars.

EU Commission President Jean-Claude Juncker previously said: "I want Europe to be the leader when it comes to the fight against climate change. Last year, we set the global rules of the game with the Paris Agreement ratified here, in this very House. Set against the collapse of ambition in the United States, Europe must ensure we make our planet great again. It is the shared heritage of all of humanity."

The Vice-President responsible for the Energy Union, Maroš Šefčovič said: "We have entered an era of climate-friendly economic transformation. Today's set of proposals is setting the conditions for European manufacturers to lead the global energy transition rather than follow others.

“It will entice them to manufacture the best, cleanest and most competitive cars, hence regaining consumers' trust. This is a major leap in the right direction: a modern sustainable European economy with cleaner air in our cities and better integration of renewables into present and future energy systems."

Are the new targets achievable? Tell us your thoughts in the comments below…