Non-German registered cars will need to pay a road toll to drive in the country, based on the model's emissions 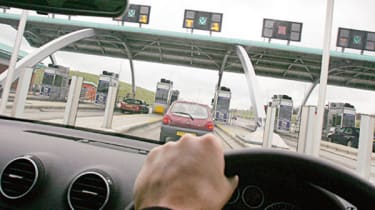 The German lower house of parliament has approved plans to introduce a road tax for cars registered outside of the country, including British vehicles.

Previous plans for the scheme were put on hold, but it has been reintroduced now with provisions for those driving less polluting cars - although the final details of the plan aren't set out yet. It's likely that those driving cars that pollute less would pay a cheaper fare to drive in Germany, but the maximum rate would be 130 euros (£112).

The plans will have to progress through the German legislative process before the toll goes into effect, and with some opposition from within the country, it's not known how long that will take.

UK drivers would pay to use all German roads

The toll stickers would mean foreign drivers – including those from the UK – would be paying to use every road in Germany and not just highways. And German roads are extremely popular with drivers across the continent because of their delimited Autobahns.

It's important to note that Germany has had a toll system for trucks for years, but is one of a few European countries that doesn't charge cars - yet. Most of its neighbours, including France, Austria and Switzerland do have toll systems for private cars but unlike the German plans, don't distinguish between foreigners and nationals.

What do you think of the German car toll proposals? Should the British Government introduce something similar?