Cars imported to UK could be liable for 10 per cent import tax following no deal Brexit, plus parts could get pricier 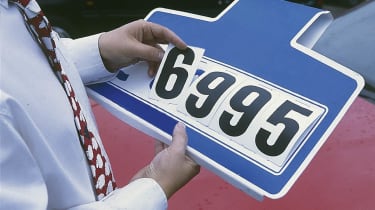 Import tariffs could add 10 per cent to the cost of German cars bought in Britain if the UK leaves the EU without a trade deal, a Berlin-based trade body has warned.

If no deal is struck, German cars sold in the UK would be subject to 10 per cent duty under World Trade Organisation rules. Steffen Behm from the Association of German Chambers of Commerce and Industry said should such a scenario arise, either the German exporter or the British importer would pay the levy, but cautioned that "in many cases the importer would pay the customs duty".

Germany exported 950,000 cars – worth €20.8billion – to the UK last year, so Brits could pay an extra €2.08billion annually on top of current prices if no deal goes ahead.

And it's not just German trade bodies warning of potential price rises, either. The Society of Motor Manufacturers and Traders (SMMT) has previously warned of £2.7billion being added to the cost of imported cars with prices rising by around £1,500 per vehicle, should a favourable deal not be struck.

The concerns prompted SMMT president Gareth Jones to call on Government to "make the right the right decisions" to protect the automotive sector that has seen record growth in recent years.

Speaking in front of more than 1,000 industry executives and Government officials at the SMMT's 100th annual dinner last year, Jones said: "The Government has – commendably – put industrial strategy at the heart of business and the department for business. It does so as it faces its toughest challenge – leaving the EU. We must make the right decisions: on trade, on regulations and on business competitiveness."

To help the industry continue to grow even in the face of uncertain times, a new report published by the SMMT says it is time to invest in digital manufacturing – often known as the fourth industrial revolution – to unlock more than £70billion for the economy.

A report, commissioned from KPMG, said technologies such as intelligent robotics, 3D-printing and artificial intelligence, combined with new approaches to data management can increase productivity and reduce waste and expense.

The estimated financial benefit for the automotive sector by embracing this movement is £6.9billion every year by 2035, with a cumulative boost to the wider economy of some £74billion.

• Guide to buying a new car

SMMT chief executive Mike Hawes added: "Significant capital investment will be necessary and we must put digitalisation at the heart of the UK's industrial strategy to ensure we are equipped with the right skills, infrastructure and standards.

"The competition from other countries is intense, so we should follow the model that is proving so successful in the development of low emission and connected and autonomous vehicles in the UK, with a collaborative approach between government and industry."

What impact do you think Brexit will have on cars imported to the UK? Let us know in the comments...