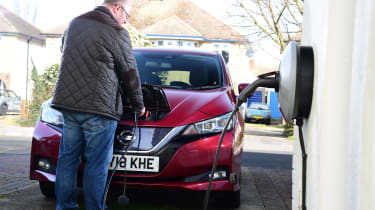 Electric cars produce less CO2 over their lifetime than their petrol counterparts, a new study has confirmed.

There have been concerns in the past that electric cars may not as environmentally friendly as is generally perceived, depending on vehicle production processes and methods of generating electricity.

Researchers from the universities of Cambridge, Exeter and Nijmegen showed that in 95 per cent of countries, electric cars and heating pumps are cleaner than petrol cars and gas boilers. The other five per cent are countries that are still extremely dependent on coal for generating electricity, such as Poland.

In contrast, electric cars create CO2 savings of up to 70 per cent in countries that depend the least on fossil fuels to generate electricity, such as Sweden and France. In the UK, the CO2 saving from electric cars is around 30 per cent, but this will increase as we gradually attain more of our electricity from renewable sources.

Dr Iain Staffell from Imperial College London commented: “EVs have real potential to reduce our carbon footprint and help meet our net-zero carbon ambitions, despite some speculation about how clean they really are.

“An electric vehicle in the UK simply cannot be more polluting than its petrol or diesel equivalent, even when taking into account the upfront ‘carbon cost’ of manufacturing their batteries.  The carbon content of Britain’s electricity has halved in recent years and keeps on falling, whereas conventional engine vehicles have very limited scope to reduce emissions over their lifetime.

“Any EV bought today could be emitting just a tenth of what a petrol car would in as little as five years’ time, as the electricity it uses to charge comes from an increasingly low-carbon mix.”

What are the best electric cars on sale right now? Click here for our list of the top 10...

How to scrap or recycle your car, and what prices to expect from the scrap yard
Visit/consumer-news/93906/uk-petrol-and-diesel-prices-cost-both-fuel-types-drops 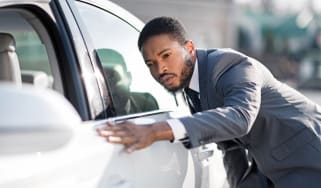 What if your dream car turns into a nightmare? If you bought from a dealership, you have various protections but the nuclear option is to reject the c…