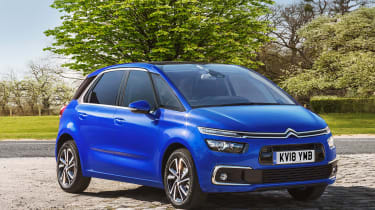 Citroen has shaken up its MPV offerings for 2018, updating its C4 MPVs with new names, new technology and the option of a new BlueHDi diesel power unit.

Revealed by the brand at the Geneva Motor Show back in March, Citroen has decided to ditch its popular Picasso badging in favour of covering its entire MPV base with the newer SpaceTourer nomenclature. It means that both C4 MPVs are now known as the C4 SpaceTourer and the Grand C4 SpaceTourer, slotting in neatly beneath the nine-seat SpaceTourer minibus.

Alongside the new names, both cars benefit from the addition of a new ‘Safety Pack’, which is standard fit on Flair models. The pack includes a driver attention alert warning system, plus traffic sign recognition, and Citroen’s Active Safety Brake setup, which enables automatic emergency braking at speeds up to 49mph. 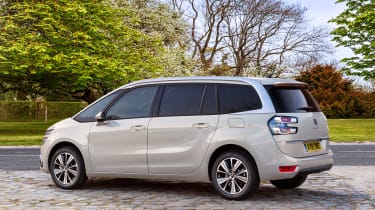 Under the bonnet, a fresh addition to the engine line-up for both models arrives in the form a new BlueHDi 160 diesel four-cylinder engine, paired to an eight-speed automatic gearbox. The new engine and gearbox combination goes on sale from 1 June priced from £27,550 in the five-seat C4 SpaceTourer, and £29,250 in the seven-seat Grand C4 SpaceTourer.

The new eight-speed gearbox will be available with different engines later in the year. Elsewhere, both models are still available with BlueHDi 100, 120 and 150 diesel units, plus a spread of petrols including three-cylinder PureTech motors and four-cylinder THP units.

Read our round-up of the best MPVs on sale in the UK...