An even more extreme version of the Jesko hypercar, the Koenigsegg Jesko Absolut promises to set new benchmarks in the realm of speed 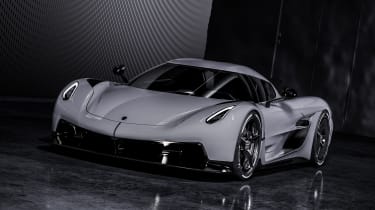 The Koenigsegg Jesko was revealed at the 2019 Geneva Motor Show - and now, 12 months on, the Swedish hypercar brand has released the first pictures and details of an even more extreme version of the car, called Jesko Absolut.

Koenigsegg has not confirmed a top speed for the vehicle but in a statement, the company says it will achieve “higher, more extraordinary speeds than any Koenigsegg or any other fully homologated car before it”. That’s a reference to the Bugatti Chiron Super Sport 300+, which cracked the 300mph barrier last year - and a sign that the target for the Absolut has been a mixture of even more power and more slippery aerodynamics.

More than 3,000 hours of wind tunnel work have produced a low-drag version of the Jesko’s shape, with a drag coefficient value of just 0.078Cd. The most obvious visual cue to this is at the rear, where the standard Jesko’s spoiler has been replaced by two fins inspired by those on the F-15 fighter jet. But there’s also an extended rear bonnet and covered rear wheels - combined with a lower ride height. 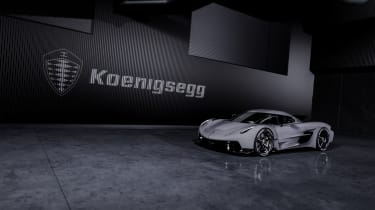 The Jesko’s twin-turbocharged V8 engine has been retuned to produce up to 1,600bhp when it’s running on E85 fuel. That power is transmitted to the rear wheels through Koenigsegg’s nine-speed Light Speed Transmission - an automatic gearbox which the company claims “enables gear changes in virtually zero time from any gear to any other gear - regardless of how many gears are skipped”.

Despite the increased performance, the reduction in downforce on the Absolut compared with the standard Jesko has allowed Koenigsegg’s engineers to soften the suspension. The company claims this makes it “fun and forgiving around a race track” while being usable on streets. More compact front suspension and a revised bonnet make it possible to stow the Absolut’s roof in the front of the car - a feat not possible on the regular Jesko.

Company founder Christian von Koenigsegg says, “The Jesko Absolut is a land-based rocket-ship determined to reach unheard-of-speed in record-setting pace,” but there’s no word yet on where or when the car will attempt to break the Chiron’s benchmarks.

Do you think the Koenigsegg will be able to beat the Bugatti's top speed? Let us know in the comments below... 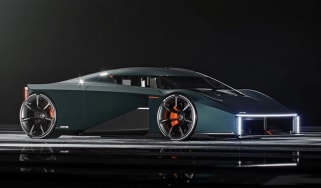 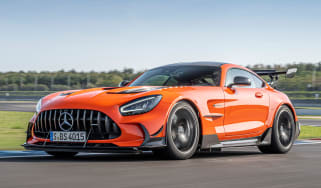 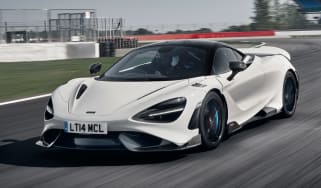 The new McLaren 765LT will spring from 0-62mph in just 2.7 seconds and go on to hit a top speed of 205mph
Skip to HeaderSkip to Content