Land Rover has released a limited edition Discovery, exclusive to the UK market, celebrating 30 years of the model’s production 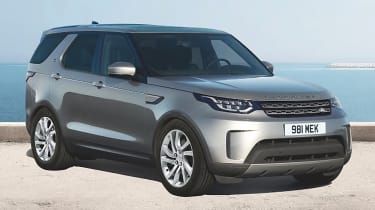 Land Rover has revealed an Anniversary Edition Discovery, based on the Discovery Sd6 SE, to celebrate the models 30th year in production. Along with the Discovery Sport, the model has racked up 1.7 million sales since its launch in 1989.

The only engine available for the Anniversary Edition Discovery is Land Rover’s 3.0-litre V6 diesel developing 302bhp and 700Nm of torque  Land Rover claims it will do 0-62mph in 7.5 seconds and a reach a top speed of 130mph.

Naturally, power is fed through an eight-speed automatic gearbox to all four wheels. Fuel economy stands at 31.6mpg, whilst emissions are rated at 202g/km of CO2. On sale now, prices for the Land Rover Discovery Anniversary Edition start at £59,995.

Now read our review of the standard Land Rover Discovery. Let us know your thoughts in the comments section below... 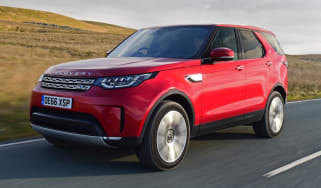