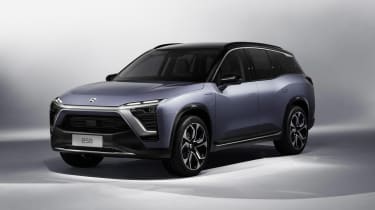 Chinese electric car startup Nio has demonstrated its new ES8 SUV to customers in Beijing, with home market sales already under way. Priced from 448,000 yuan (around £50,500) after government incentives, it's not far off half the price of a Tesla Model X in China.

Despite Nio only being founded by Shanghai-based NextEV in 2014, the ES8 is fully finished and offers comparable specs to a Model X. It's a full seven-seater, with an all-aluminium body and chassis, air suspension on all models and all-wheel drive.

Electric motors mounted on each axle give the ES8 a 0-62mph time of 4.4 seconds, which is similar to a Model X 90D. The 70kWh battery pack allows a 220-mile NEDC range, although no claims of charging times have been made yet. A model which offers a 311-mile range is also available. 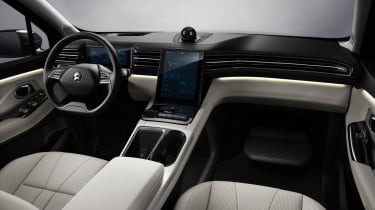 Buyers of the Nio ES8 can have the battery swapped out at power-swap stations in three minutes, or charge it via a service vehicle that travels to you. The ES8 also comes with an autonomous driving system similar to Tesla's, with a variety of cameras and sensors making it capable of self-driving on main roads and motorways.

The first 10,000 examples of the ES8 will be built in a high-spec 'Founder Edition' at 548,000 yuan (£61,800) but the company claims all have already been sold. There's no official confirmation of a launch in the US or Europe, but bosses have previously expressed a desire to expand beyond the home market.

Do you like the look of the Nio ES8? Let us know in the comments...