Renault pulls the covers off its new C-segment crossover, but the Arkana won't be coming to the UK 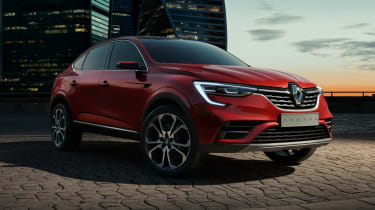 This is the all-new Renault Arkana. It’s a new coupe SUV from the French firm that has been revealed at the Moscow Motor Show, and it will go on sale in Russia later in the year.

Renault has described the model as a fresh crossover and a new ‘global model’, although the brand confirmed the SUV won’t go on sale in Britain as there are no plans to launch the model in European markets. The new crossover will be built at Renault’s Moscow plant.

Based on the Dacia Duster’s platform the Arkana can seat five, rides on 19-inch alloys wheels, features chrome exterior detailing and a panoramic glass roof. 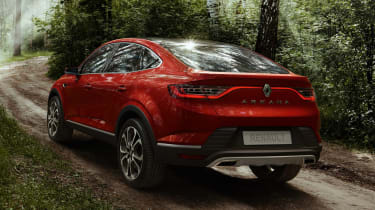 It carries over many design cues found on Renault’s current range of SUVs; slim front headlights and grille are inspired by the Kadjar, while the theme continues at the back with the bumper-mounted number plate. A new high boot lid and full length LED light strip also feature.

We've not been granted a look inside the new car, but it's likely the Arkana will gain the Kadjar’s portrait infotainment screen and separate climate controls. Given this is a car designed for the Russian market, there's a chance it may gain a cheaper, harder wearing interior with tougher plastics and rougher materials.

No information regarding engines has been confirmed but it’s expected the Arkana will adopt the Duster’s 1.6-litre petrol and 1.5-litre diesel engine options.

Read our full in-depth review of the Renault Kadjar...