With so many options to choose from in the SUV sector, creating a unique product is a challenge, which explains the coupe-SUV approach of the BMW X4. Compared to the conventional X3 on which it is based, the X4 trades some practicality for a more distinctive exterior design and increased driving pleasure.

Some aspects are a definite success; the X4 is one of the best-driving SUVs at any price and it delivers a strong premium feel. But the added expense and reduced practicality make it feel like an indulgence next to its more practical and almost as capable X3 stablemate.

The second-generation BMW X4 for sale now follows the same formula of the original. That means running gear from the X3 is used, but the X4 gets a more distinctive coupe-style roof line, and the model range is geared more towards performance than practicality.

BMW’s own terminology for the X4 is a ‘sport activity vehicle’, emphasising that it is designed to be more fun to drive than a conventional SUV and less about practical considerations, similar in style to the larger X6. As a result, there aren’t many direct rivals apart from the Mercedes GLC Coupe, which takes the same approach of spinning a more design-led model of a conventional SUV. But if you’re looking at an X4, then other premium SUVs worth considering include the Porsche Macan, Audi Q5 and Jaguar F-Pace.

At present the X4 is available with a choice of one petrol and three diesel engines. The entry-level diesel model is the xDrive20d and is fitted with a 2.0-litre unit providing 187bhp, enough to deliver a 0-62mph time of 7.9 seconds. The xDrive30d model is 3.0-litres in capacity and has six cylinders for additional smoothness, providing 262bhp and a 0-62mph time of 5.8 seconds. The most powerful diesel option is the M40d, and its 3.0-litre diesel engine pushes out 321bhp for a rapid 0-62mph sprint of 4.9 seconds. 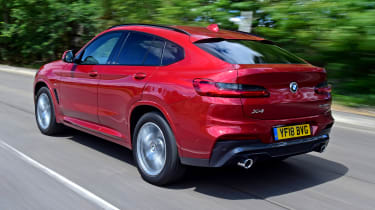 Petrol power is found in the M40i model with its six-cylinder, twin-turbocharged engine is good for 349bhp and a 0-62mph time also of 4.9 seconds. The xDrive20d uses an eight-speed automatic gearbox, while all cars are four-wheel drive.

To reflect the X4’s sporty nature, it’s not available in basic SE trim. Instead the range starts with Sport, moves up to M Sport and there’s an M Sport X version offered, too, leaving the M40d and M40i as models in their own right. Prices start from around £45,000, with the top-spec M versions coming in at around £58,000. This is more than you’ll pay for the X3, which offers the same range of models with similar performance.

At the top of the range sits the X4 M Competition – a high-performance version powered by a twin-turbocharged straight-six petrol engine with 503bhp and 600Nm of torque. BMW doesn’t expect to sell many though; the closely related X3 M Competition is more practical and likely to get more orders given the high calibre of its sporty SUV rivals.

For an alternative review of the latest BMW X4 SUV visit our sister site carbuyer.co.uk 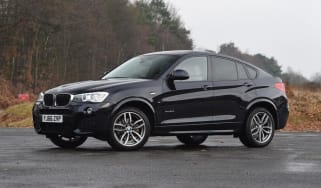 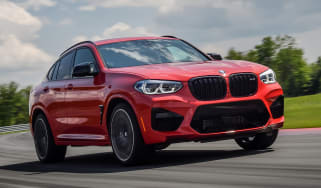 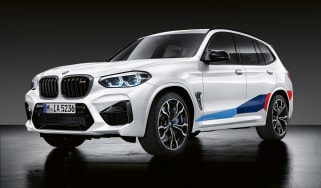 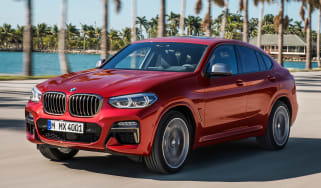 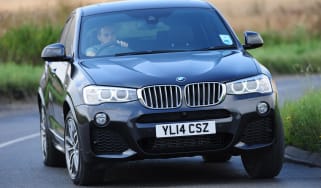 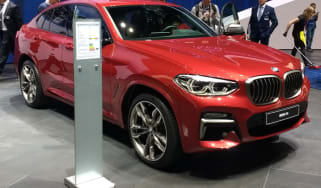 The new BMW X4 has made its debut at the Geneva Motor Show, with the first UK cars are set to be diesel-only
BMW X4 M: first spy shots of the new performance coupe-SUV 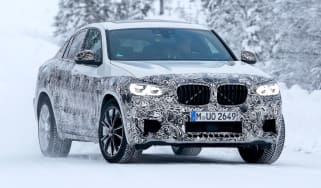 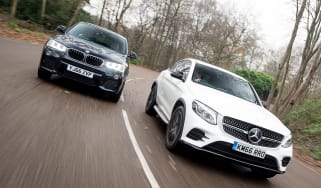 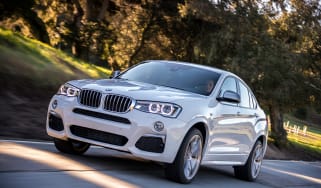 Range-topping X4 SUV gets M division makeover and enough grunt to worry a Macan GTS, but it won't come to the UK
BMW X4 M40i revealed in Detroit with 355bhp 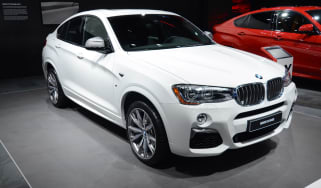 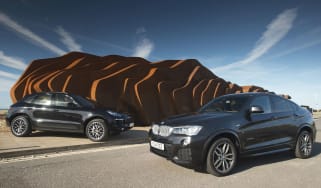 New BMW X4 is great to drive, but it's a big compromise compared to its X3 sibling
BMW X4 officially unveiled at New York Motor Show 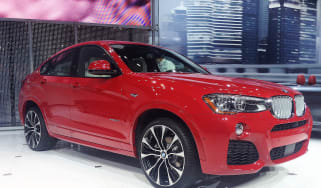 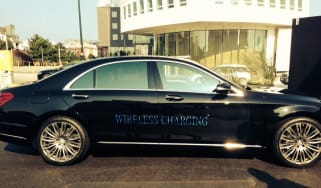 The BMW Concept X4 has been officially revealed at the LA Motor Show ahead of sales in 2014, priced from around £30,000
Skip to HeaderSkip to Content