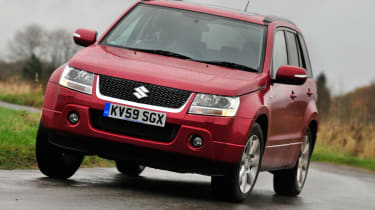 The Suzuki Grand Vitara comes as a three or five-door, and is an attractive alternative to the Toyota RAV4, Hyundai ix35 and Kia Sportage. It's offered with a choice of 1.6 and 2.4-litre petrol engines – the latter available with an automatic gearbox – or an excellent 1.9-litre diesel. Buyers can also pick from SZ4, SZ5 and SZ-T specs, all of which have a generous list of standard equipment. Unlike many 4x4 rivals, the Grand Vitara is also genuinely capable away from the tarmac, with four-wheel drive and a switchable low-ratio gearbox ensuring it can take the most challenging terrain in its stride.

The Suzuki Grand Vitara has a decent driving position, with a great view of the road ahead, plus it’s good fun to drive, with direct steering and minimal body roll. The 105bhp 1.6-litre petrol engine needs to be revved hard, while the 164bhp 2.4-litre’s strong performance comes at a price, so the 1.9-litre Renault-sourced diesel engine is the best bet. But the five-speed gearbox is a bit of a disappointment on all models, as it has a clunky shift, plus the firm ride is really noticeable over potholed roads. Still, if you need to head off the tarmac, the Grand Vitara is more capable than the likes of the Toyota RAV4 as it has a low-ratio gearbox.

Great value is a key part of the appeal for the Suzuki Grand Vitara. It’s very competitively priced when compared to its Toyota RAV4, Hyundai ix35 and Kia Sportage rivals, as there’s lots of equipment included for the money. But if you want to keep running costs to a minimum, it’s best to avoid the petrol engines; the 2.4-litre is particularly thirsty, returning only 32.5mpg. The 1.9-litre DDiS diesel is the best option in the Grand Vitara range. It promises 42.8mpg fuel economy, while its 174g/km CO2 emissions compare well with diesel-engined 4x4 rivals. It’s just a shame all Grand Vitara models need a service so frequently, at every 9,000 miles.

A handsome, chunky design marks out the Suzuki Grand Vitara in the highly competitive 4x4 market. It’s similar in size to the Toyota RAV4, and has an equally imposing presence on the road, while body-coloured mirrors, black roof rails and stylish alloy wheels add to the visual appeal. The interior features the kind of solid construction we’ve come to expect from Suzuki, while there’s loads of equipment, with climate control, electric heated mirrors, electric windows all round and an MP3-compatible six-CD changer included as standard on all models. The high-spec SZ5 version even comes with leather seat upholstery, keyless go and cruise control.

Family buyers considering the Suzuki Grand Vitara should give the three-door model a wide berth. Its rear seats are cramped, and not particularly easy to access, while boot space is also at a premium, with a 184-litre capacity increasing to only 516 litres when the back seats are folded. The five-door is a much more practical option, with more rear legroom and a 398-litre boot expanding to a maximum 758 litres. Versatile touches also include an underfloor cubby and bag hooks in the boot, while the side-hinged tailgate opens wide for easy access, plus all models come with four cup-holders and decent cabin storage.

All versions of the Suzuki Grand Vitara feature stability control as standard, as well as side and curtain airbags, ISOFIX child seat mountings and ABS with brake electronic brakeforce distribution. Plus, the car was awarded four stars for occupant protection in Euro NCAP crash tests – so it stacks up well when compared to the Toyota RAV4 and the likes of the Hyundai ix35 and Kia Sportage. Build quality feels as solid as in any other Suzuki, and although the Grand Vitara hasn’t appeared in our Driver Power satisfaction surveys over the years, Suzuki has a decent reputation for reliability. 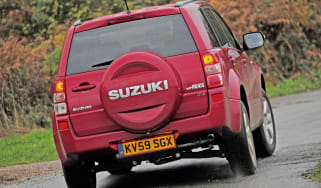 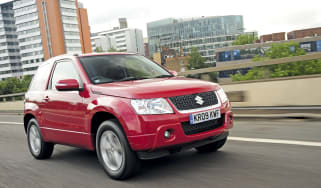 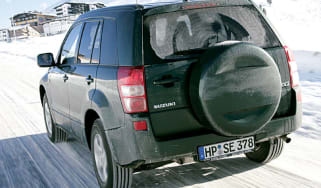 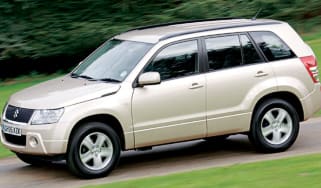 After a life in the shadows of Japanese rivals, Suzuki is finally looking for its share of the limelight.
Suzuki Grand Vitara 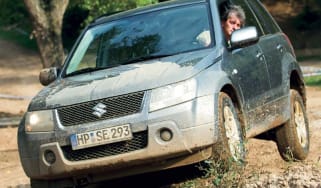 The cute Swift supermini may well be making inroads into the supermini market, but for Suzuki there's one new car which is even more vital - the Grand…
Suzuki Grand Vitara 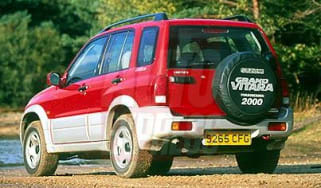 The Grand Vitara was a more luxurious replacement for Suzuki's long-running Vitara at its launch in April 1998. It was usefully larger, more refined a…
Skip to HeaderSkip to Content