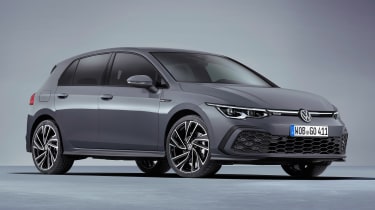 Alongside the new Golf GTI, a hot diesel version has also been revealed: the Golf GTD.

It completes a trio of ‘GT’ badged hot Golfs, alongside the petrol-powered GTI and the new plug-in hybrid GTE. The GTD is positioned as more of a long-range cruiser, with a theoretical maximum range of almost 600 miles on a single tank of fuel.

Key to this is the GTD’s powertrain, which is a fresh development of Volkswagen’s popular 2.0-litre TDI turbodiesel unit. Power now stands at 197bhp, with torque rising to 400Nm. There’s a new catalytic converter system with twin ad-blue dosing selective catalytic reduction, reducing CO2 emissions compared with the previous car. Drive is sent to the front wheels, via a seven-speed DCT gearbox only. No performance, fuel economy or CO2 figures have been published.

The GTD will also be available with the same optional chassis equipment as the GTI, which brings 15mm lower sports suspension, a locking front differential, and adaptive dampers that work with the car’s various drive modes. 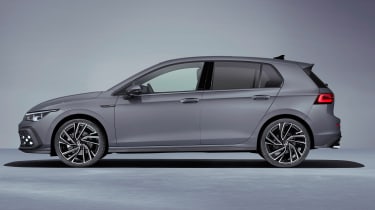 On the outside, the sporty body kit is shared with the GTI, but the GTD has one or two very subtle differences. All of the red detailing found on the GTI is replaced with dark grey, and there’s a different design for the standard alloy wheels. At the back, a single twin-exit tip replaces the GTI’s dual exhaust setup.

Similarly, in the cabin, sports seats are finished with tartan fabric, though the pattern itself features light-grey stripes rather than red. Like the GTI, final UK specifications have not been confirmed, but it’s likely that a 10.25-inch digital instrument display will be standard, which features bespoke graphics and a user interface theme using the GTD’s light-grey identification colour.

Prices will likely start from around £31,000 when the new GTD goes on sale in the UK later in the year.

Would you pick the new VW Golf GTD over the petrol-powered Golf GTI? Let us know your thoughts in the comments below...