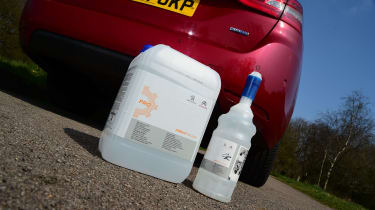 You’ve probably seen containers of AdBlue stacked up for sale at a petrol station near you, but unless you’ve owned a diesel powered car or van that’s fitted with SCR – or Selective Catalytic Reduction – you’ve probably not had to buy or use it.

So if you’re not sure what AdBlue is for, which vehicles use it and where and how often you need to top it up, don’t worry as you’re not alone. Our guide to AdBlue tells you everything you’ll need to know. So what is AdBlue made of?

AdBlue is a liquid solution of urea (the stuff found in urine), and when it meets a hot exhaust system it releases ammonia which is a catalyst to a chemical reaction that converts dangerous Nitrogen Oxides into two harmless products – water vapour and Nitrogen. Both products occur naturally, and so can be pumped out of an AdBlue equipped car without any ill effects.

• Petrol or diesel: which should you pick as your next car?

How does AdBlue work?

AdBlue works on a metered system pre-set by your vehicle’s manufacturer, so you don’t need to know much more than when and how to fill it up. Your handbook will explain that in detail. However, you may well be interested to know that AdBlue is intrinsically safe, as it has a composition that’s 67.5 percent de-ionised water and 32.5 percent urea.

Automotive urea, in case you were wondering, is not an animal derived product although we do excrete urea in urine, it's at much lower concentrations. The stuff used in your car is a man-made substance created by exposing synthetic ammonia and carbon dioxide to heat. As well as being used in liquid form, AdBlue suppliers also make dry pellets for farmers to scatter on their fields as a form of fertiliser.

How to use AdBlue

When AdBlue was first considered for cars it was going to be a dealer service item. There’d be a sealed tank, and drivers wouldn’t worry about the levels because there’d be enough AdBlue onboard to drive the necessary 10,000 miles or so between dealer services. But service intervals have risen, and the weight penalty of carrying up to 60-litres of AdBlue has an effect on C02 emissions and therefore company car tax rates. So if you have AdBlue in your vehicle, the chances are it will be in a much smaller tank, and so you’ll need to top it up yourself.

• Euro 6 emissions standards and what they mean for you

With tanks varying in size from 5 to 20 litres, and a mid-size family diesel consuming a litre of AdBlue every 600-odd miles, the requirement to top up the AdBlue may be quite frequent for high mileage diesel drivers.

Fortunately, you car will monitor consumption and give you a series of dashboard warnings as the level drops. It’s wise not to ignore them, as once the AdBlue is all gone the car may not start until the tank is topped up again. (This is to ensure cars don't drive illegally with high exhaust emissions.) 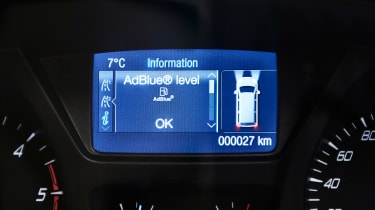 Topping up the tank is simplicity itself. Nowadays the AdBlue filler cap is often located next to the diesel filler, and AdBlue is typically sold in handy containers that dispense without drips – important, as although the AdBlue is pretty harmless to people, it can be quite corrosive to vehicle paintwork or other less obvious things like your car’s wiring. It can also smell pretty bad if you spill a container of it – as we know from experience.

Older cars may have their AdBlue filler caps inside the vehicle or under the bonnet, but your handbook will tell you where to find it.

Which vehicles use AdBlue and SCR?

Heavy goods vehicles – trucks, coaches and buses – have been using SCR technology and AdBlue from as long ago as 2004, and some passenger car manufacturers have been using it for nearly as long. Mercedes and Volkswagen, for example.

It’s the latest Euro VI emissions regulations from the European Commission that have really driven an explosion in SCR technology from the passenger car perspective in Europe, though. The Euro VI regs introduced in 2014/15 demanded nitrogen oxides emissions be cut by a whopping 56 per cent compared to Euro V levels. For most diesel engines over 1.6-litres in capacity, AdBlue and SCR technology has been the only means to achieve this – so most new diesels over that size will feature an AdBlue tank from now on.

Where to buy AdBlue

AdBlue is widely available from main dealers and independent garages, as well as accessory shops and chains. It’s also a staple of every filling station these days, but it’s worth shopping around as how much AdBlue costs can vary widely.

When diesel engines burn fuel, it’s well-known that a wide range of polluting compounds and chemicals are pumped out of the exhaust pipe and into the atmosphere. Nitrogen Oxide and Nitrogen Dioxide are two of the most unpleasant tailpipe pollutants, as they’re the ones that are said to contribute to breathing and respiratory problems in vulnerable people. They also build up in the atmosphere to cause smog and acid rain, so it’s no surprise that lawmakers around the world want to see them eradicated.

• Should you buy a new diesel car?

One way the automotive industry has adapted to deal with the problem is called Selective Catalytic Reduction or SCR, which is a process designed to remove these oxides from exhaust gas. And while SCR is highly effective, it does require small amounts of a liquid solution to be injected into the exhaust – and that’s where AdBlue comes in.

Do you use Adblue in your car or van? Tell us what you think of it in the comments section and click the image below for our current top 10 electric cars... 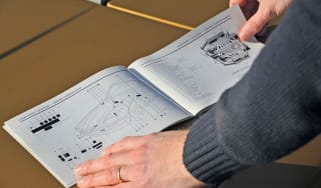 A full service history can add value to your car: here’s how to check it, and where to look for the information.
How to check if a car is taxed, MoT’d and insured

The government offers a free tax and insurance checker to make sure a vehicle is legally allowed on UK roads. Here’s how to use it...
Wrong fuel: what to do if you put petrol in a diesel car 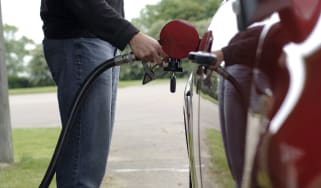 Wrong fuel: what to do if you put petrol in a diesel car

Misfuelling your car can be a costly mistake if you try to drive it, but here's what to do if you put petrol in your diesel car
Car valuations: how much is your car worth? 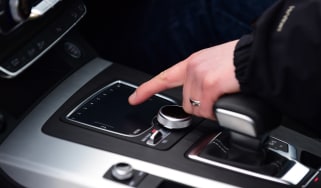