New flywheel-based hybrid tech could reduce fuel consumption by 25 per cent, and we drive a prototype 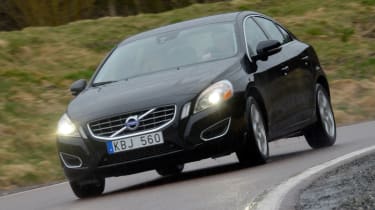 Volvo is moving the hybrid game to the next level with its latest flywheel KERS technology. Teaming up with Flybrid Automotive, Volvo has developed a prototype Volvo S60 fitted with the flywheel-based hybrid technology, which boosts power by 80bhp while reducing fuel consumption by up to 25 per cent.

Unlike conventional hybrid models, the KERS (Kinetic Energy Recovery System) technology does not rely on batteries to store its energy. Instead, as the name suggests, a flywheel mounted on the rear axel captures wasted energy under braking, which is then deployed alongside the 254bhp five-cylinder T5 petrol engine in the S60 prototype.

The added dose of power is immediate. With the KERS system engaged, the sprint from 0-62mph is cut by 1.5 seconds, down to just 5.5 seconds. With the KERS working alongside the engine, the prototype temporarily becomes four-wheel drive, with the petrol engine powering the front-wheels and the flywheel driving the rears.

Under hard acceleration, the power boost from the KERS can last for up to 10 seconds. Such is the amount of energy harnessed under braking, only eight seconds of braking could fully replenish the flywheel.

Our test drive was purely based around the performance advantages the flywheel KERS offers, but Volvo and Flybrid claim extensive testing has seen real world fuel savings of up to 25 per cent.

While the rear-drive layout of the prototype is unlikely to make it on to production models, integrating the flywheel KERS into the car’s transmission is a more likely option, which will reduce costs and improve packaging. Although still in the early stages of development, Flybrid Automotive claims the flywheel system costs from a quarter to a third of the price of producing a battery-electric hybrid.

Again, in comparison to conventional hybrid system, the flywheel KERS weighs only 60kg – which would be further reduced if the system was to be incorporated directly into the car’s transmission. The system in a battery-electric hybrid can weigh anything up to 300kg.

Initial indications suggest the system is roughly four to five years away from making its way into showroom models.

Find out more about efficient new cars by visiting our best hybrid cars on sale page. 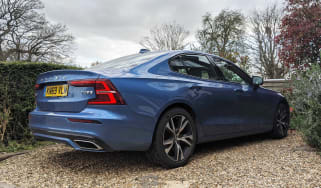 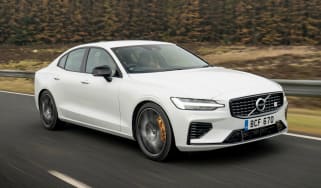 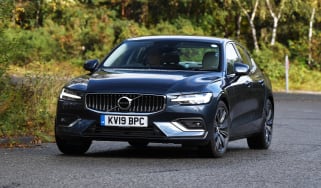 Volvo's S60 is a strong challenger in the executive car class. Can the comfort-oriented Inscription Plus model take it to the top?