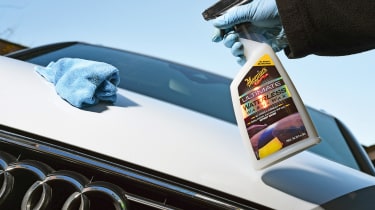 As the summer approaches, we are entering the prime time for waterless cleaners. The light grime that builds up on bodywork at this time of year is just what these products are designed to deal with, plus if there are to be any hosepipe bans they will be in the drier months. Waterless cleaners are ideal for restoring shine and adding protection and can be used in a garage or workshop if you are dodging rain showers.

So which will make your car sparkle this summer? We put 13 products to the test to name the ones that wiped out and see which cleaned up.

We tried each product on two sectioned-off panels, using limited wiping, and looked at how much grime they removed. At the same time, we assessed how the formula went on; we were looking for a wide,fine spray for maximum coverage and economy. We also tackled complete panels to assess ease of use.

The finish they left was checked as well; here we wanted to see signs of beading at the time of application and after a few wet days’ driving. Our final factor was cost, using prices from makers and online sources.

Multiple winner Meguiar’s hangs on to its crown, but it was a close finish with Auto Curators; its Rapid Cleanse has benefited from a handy £5 price cut since our last test. Debutant McLaren takes the final place on our podium. 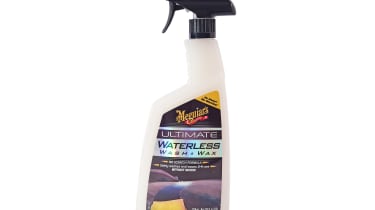 Another successful test for the waterless cleaner that just gets everything right, from the sweet confectionery fragrance to the fine, wide spray that covers large areas without using too much cleaner, or creating spots. It also uses our preferred method, with one microfibre cloth used to remove the grimy cleaner and a second, clean one used to buff the remaining moisture and deliver a shine. It works well, particularly if you take the trouble to fold your cloths to deliver a clean, dry section. The fine spray also helps it leave just enough to buff to a shine because you don’t use too much cleaner. As the pack says, ‘no water, no worries’. 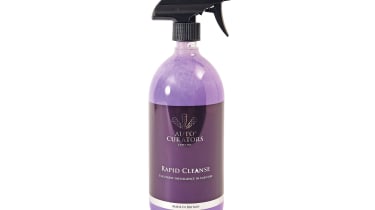 Rapid Cleanse from detailing specialist Auto Curators gets closest to dislodging Meguiar’s waterless cleaning crown, helped by a £5 price cut since we tested it in 2017. And as in that first test, beading is not its strongest suit. It matched our winner at first but was working more slowly after a few days. That takes little away from a strong performance elsewhere. While it can’t match Meguiar’s fine mist, it covers well, and also left a clean section. Top performance at an attractive price. 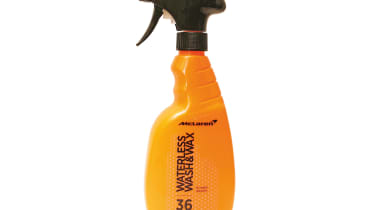 There’s a pleasant bubblegum scent to McLaren’s version of a waterless cleaner, which is, unusually, sprayed on, and wiped off with a sponge. It is then left to haze and buffed with a microfibre cloth. In practice, the sponge left more to buff off and the cleaner worked much better using a conventional microfibre to release the grime, and got close to our champion.

The results were close, though; using a cloth for the whole process, it was nearly as good as its rival. At this price, 30 per cent off its usual £14, the pair were also well matched on cost. 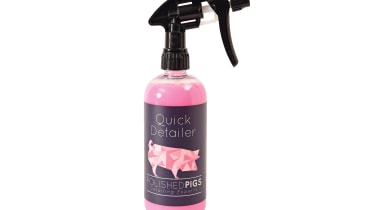 Impressive debut from Polished Pigs, which is the brainchild of two detailing enthusiasts. It’s primarily a detailer designed to give a show finish, and cleaned well, leaving just the faintest of smears. You can get a fine spray by playing with the adjustable trigger, and the smell is pleasantly sweet. It also fared well in the beading tests, proving one of the fastest and maintaining the finish after a few days. Keen price (discounted to £5.50 at the time of writing) secures a podium. 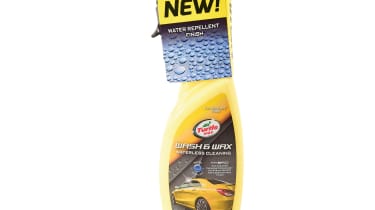 New waterless wash from US giant Turtle Wax promises “hybrid polymers technology” for “new ways to shine”. And it works pretty well, too. The trigger delivered a fine spray, but there was a thick section which could mean you end up using too much. It was among the chasing pack behind our top two when it came to cleaning, leaving just film in our limited-wiping test. It doesn’t mention using two cloths in its ‘1-Step formula’, but one quickly becomes damp. A big pack makes it one of the most cost-effective on test. 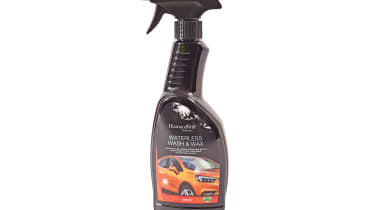 We’ve been impressed with Diamondbrite’s waterless cleaner before, and it retains its four-star rating here. It starred in the beading test, narrowly beating our winner by rapidly clearing its section while others had barely started. It adopts the preferred two-cloth method, using one to lift grime and another to buff, and scored well in the cleaning tests. The spray was a touch thick, but overall performance was good enough to overcome that high price. 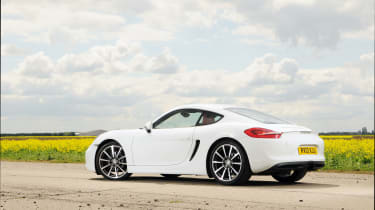 In such the same way as fellow test debutant Polished Pigs, Bear Car Care is a brand started by two enthusiasts. And, once again, you need to fiddle with the very similar trigger nozzle to get a fine spray – irritating because you have to find the sweet spot again after it is closed. But it’s worth the effort because Brilliance cleans well, if a touch behind out top two, plus that hybrid formula left a water repellent finish that was still working well after a couple of wet days’ driving. 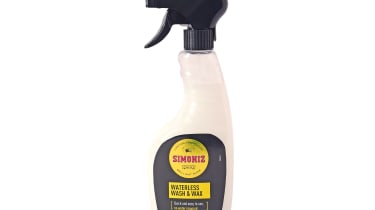 Cracking price makes this Simoniz cleaner a good choice for those on a tight budget. And the ‘wash’ element works well, using the clean and dirty cloths method to make buffing to a shine easy. The spray is a bit thick, but it lifts away grime easily, leaving a clean section with just the faintest of films, removed simply with more wiping. The ‘wax’ element was not quite so strong with beading relatively slow, both immediately after and following a couple of days. 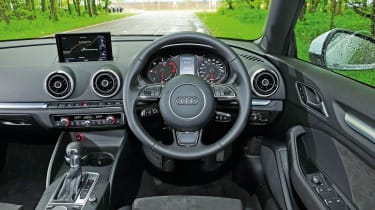 We’ve long been fans of Armor All’s waterless wash wipes, which returned last year in close to their original format. It’s always hard to compare a wipe with a spray, and these are certainly convenient, particularly for small areas. Over the whole car you’d probably use up half the pack, pushing up costs, and for best results, you really need to buff with a microfiber cloth after lifting the grime. Handy, but pricey if cleaning an entire car, and you still need to go over the panels again. 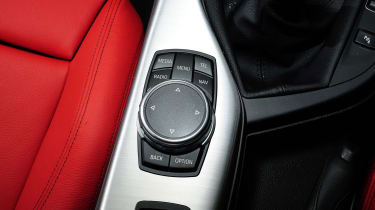 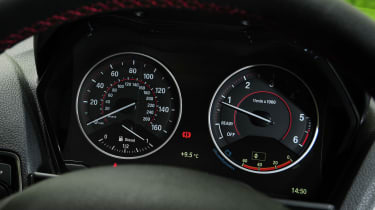 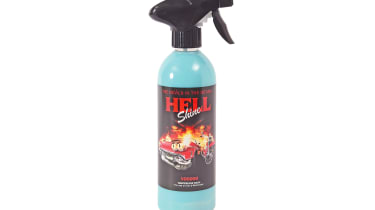 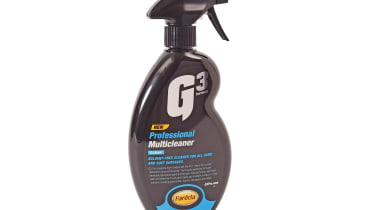