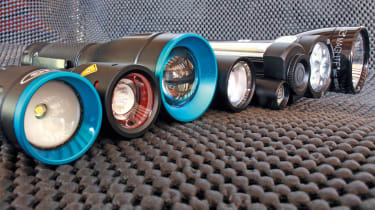 Carrying a torch in the glovebox is always a good idea, but not so clever if the battery is flat when you need it. So a rechargeable model makes more sense, particularly when it can be revived in the car.

Modern LEDs provide lots of light for a small amount of charge and are tough, reliable and usually last the life of the torch. So which flashlight is the one to slip into your car? We charged up nine to find the shining stars.

First, we ran each on its top setting for an hour and then tested its effectiveness in the garage, under the bonnet, and for distance work outside.

A zoom function is always good, and a choice of modes adds to the versatility. We looked for a balance of weight and length versus battery capacity, and marked for quality and ease of use, as well as options like beacon modes, magnetic bases and red lights. All would charge in-car via a USB adapter or from the 12V socket.

Ring's new Zoom 300 mixed performance, price and features to take a maiden win. Sealey’s stubby LED451 was surprisingly good and, although it was impressive in most areas, the NightSearcher was let down but its small battery capacity. 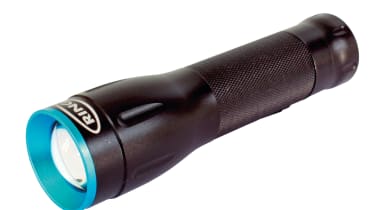 Ring’s latest aluminium torch really impressed, thanks to its powerful 300-lumen beam and high-capacity 2200mAh, 3.7V battery. We liked the wide flood mode, which zoomed down to a bright spot, but we had to use the slower screw-type focus ring. We’d have liked a beacon or red option, but it had a useful magnetic base.

It was also the only one here to work as a power bank through a socket under the end cap. The big battery made it a bit heavy, at 230g, but it was a top performer – and the second cheapest on test. 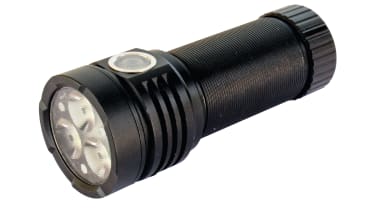 Although usefully short, at 15.6cm, this Sealey was quite heavy due to its 2000mAh battery.

Rated at a heady 1400 lumens, it toggled through three modes (low, medium and high, unusually starting with the lowest), as well as having a white beacon. In addition, it could provide a staggering 3500 lumens for bursts of 35 seconds, although the torch head got quite warm doing so. Unlike most, it had no focus option and so was permanently in flood mode, but it was effective indoors and out. 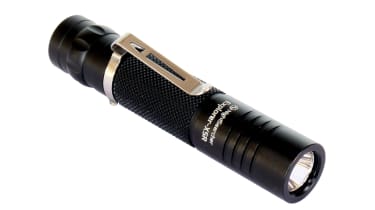 The XSR is a rather small torch at only 100mm long and weighing a flyweight 57g. We liked its long list of technical benefits, not least the AA-sized lithium-ion battery, which meant an alkaline battery could be substituted if required. We were also impressed with its IPX8 rating, which means it will remain watertight to a depth of three feet.

With just 0.75Ah, the battery is not the best in terms of capacity, and there was no flashing option or red light, although three solid white beams were offered at 400/40/10 lumens. The main beam was searingly powerful and stunning for distance work, but there’s no zoom. The lowest option was useful for close-up lighting, but the gap between the top two was wide. Surprisingly powerful for its size, and worth checking out if storage is limited. 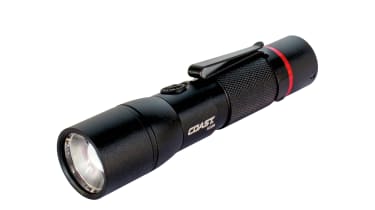 Coast’s latest model was stylish and light (just 107g) and IPX4-rated against moisture. Complete with lanyard, the aluminium torch had high and low beams, making it ideal for outdoor use or under-bonnet work, while there was a beacon but no red option. We liked the slide focus: an easy one-finger operation from flood to zoom in less than a second.

Uniquely here, it was able to use an alkaline battery if necessary. As usual, a five-year warranty was standard, but it was a bit too costly to get to the top. 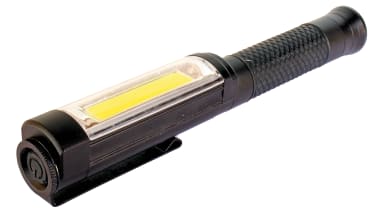 This is the only one here rated as a worklight, rather than a torch, and unsurprisingly it struggled on the distance-beam tests.

However, its claimed 400 lumens provided a very bright flood for up to 10m and it had solid and flashing red options. With a 2200mAh battery it wouldn’t need charging very often, but charging was really easy, thanks to two magnetic induction charging bases, so there’s no need for plugs and sockets. For its performance, features and two-year parts warranty, it was well priced. 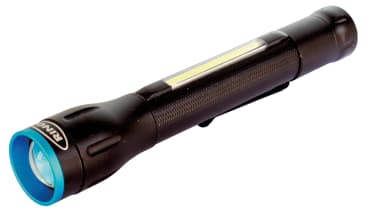 At 150 lumens, the Duo was rated at half the power of its big brother. And, compared with the Zoom 300, the price seemed a bit high.

Its practical performance lacked a little on the distance tests, but was fine for closer work. The flood-to-spot focus was good, although it was the slower, more awkward screw-type. We liked the magnetic base, particularly with the LED lamp function set into the side of the handle. This was a permanent flood feature, but ideal for working on an engine or for lighting under canvas. 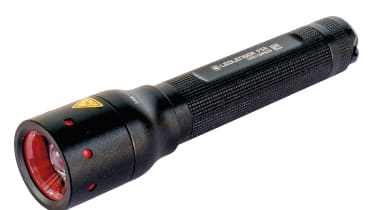 Despite being the second lightest, at just 74g, this Ledlenser still included a healthy 700mAh battery in its aluminium casing. It had a lanyard and a textile pouch plus high, low and flashing-white beam modes, with its maximum performance stunning. We also liked the slide focus with its lock, and the ‘floating charge’ induction system with a wall bracket.

Rated IPX4 against moisture, IP5X against dust and with a seven-year warranty, it was probably our favourite overall, but that price can’t be ignored. 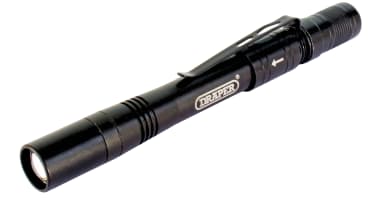 The Draper was about the same length as a pen (15cm) and, at 49g, not much heavier. But it still had a choice of low, medium and high modes, giving five, 40 and 80 lumens.

The flood beam was well defined and ideal for checking for car troubles, but the spot wasn’t as tight as some. The torch is nicely made, though, and we liked the slide focus and the micro USB socket hidden by a sliding panel. For a genuine emergency-only torch, this would be ideal, taking up barely any space in a glovebox or handbag. 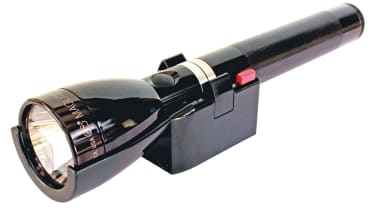 Mag-Lite’s newest offering claims to give a fearsome 1082 lumens from its 6.4V, 3000mAh battery. The torch is made of aircraft-grade aluminium and was the longest and heaviest, at 27cm and 440g.

It had a choice of modes that gave high, low, eco, momentary and flashing options. Outside, the high beam shone wide and well beyond 50m, while the lower outputs were good for close-up use. Being able to focus from flood to spot in a quarter turn was a neat feature. A brilliant torch, with a 10-year warranty, and a price to match.