A stunning alternative to conventional saloons like the BMW 3 Series, the Alfa Romeo 159 has strong sharp handling and Italian charm 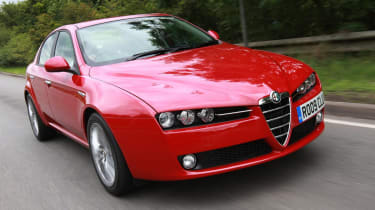 Available as a saloon and a more practical 'Sport Wagon' estate model, the Alfa Romeo 159 looks superb in either guise. Although its getting on a bit now, the detailed styling still holds huge appeal and its much better built than its predecessor. Tighter emissions regulations have meant the engine range is now just one petrol and one diesel, both of which are turbocharged. They're both very smooth and refined, but neither feels particularly fast. Most of its rivals offer more interior space and a sharper driving experience.

There's one petrol and one diesel engine, both of which are turbocharged. The diesel is quiet and smooth, and comes in two power outputs: 136 and 170bhp driving the front wheels. The most powerful, and charismatic engine in the range is the 1.75-litre petrol, which has a tuneful exhaust note and pulls strongly in any gear, managing the 0-62mph sprint in a brisk 7.7 seconds. The six-speed manual gearbox has a slick action and the 159 grips well in corners, although its not as balanced as premium rear-wheel drive rivals from BMW and Mercedes, with more body roll than you might expect.

The recently introduced detuned diesel variant was designed to help the 159 improve its fleet sales and it's currently the cleanest and most frugal engine in the range, returning 55.4mpg and 134g/km. Most of the Alfa's rivals can beat this figure by a considerable margin, and the turbo petrol is particularly inefficient, emitting 184g/km and managing mid-thirties fuel consumption. To ease owners fears, the Alfa also comes with an unlimited mileage, three-year warranty. Other running costs should be less than with more prestigious German brands.

Few cars come as well proportioned as the Alfa Romeo 159, and it's hard not to be seduced by lovely exterior details like the triple lens headlights, blade-like chrome door handles and sculpted bonnet. The interior also has a hand-crafted feel, with a series of ancillary dials mounted in the centre console canted towards the drive, and leather door inserts and steering wheel. Entry-level Turismo models come with alloy wheels as standard, but the main dash is a grey plastic that's replaced by a far more luxurious looking metal finish on more expensive versions.

Interior space is not the 159's biggest asset, and it trails in the wake of most of its rivals when it comes to practicality. The Alfa's pert behind means the boot opening is narrow, with a high-loading lip and it is only capable of stowing 405-litres of luggage. The suspension struts intrude the loading bay too, and the high boot line compromises rear visibility. The lack of passenger space shows the 159's age and its very cramped in the rear bench, with head and legroom both at a serious premium.

The 159 has an impressive amount of safety kit on board, with seven airbags (and an optional eighth) fitted to all models, alongside an array of electronic aids to control skids and shorten braking distances, all of which helped it to achieve a five star rating from Euro NCAP. Reliability is less assured though, and there were several recalls early on to fix a variety of mechanical faults. The 159 does now come with an unlimited mileage, three-year warranty though, which includes free breakdown cover. But the dealer network still has a lot of work to do to convince buyers that they've changed their ways. 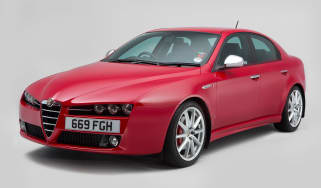 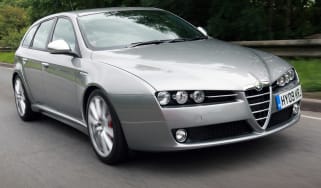 The Alfa Romeo 159 Sportwagon is a stylish addition to the lifestyle estate ranks. It's fast, involving and fun to drive
Alfa 159 vs SEAT Exeo 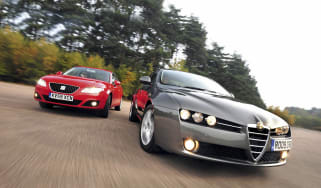 Alfa Romeo has fitted a powerful yet efficient new diesel to its gorgeous 159. Is it a better executive car choice than SEAT’s Exeo?
Alfa 159 1750 Turbo 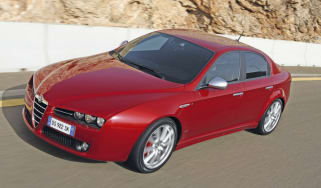 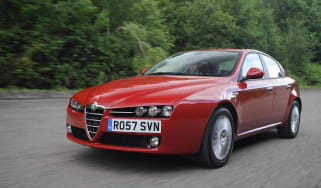 The Italian brand has come on leaps and bounds in recent years. And nowhere is this better demonstrated than in the stunning looking 159
Alfa Romeo 159 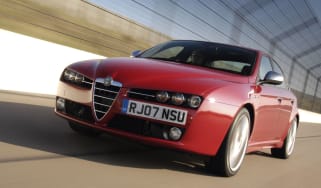 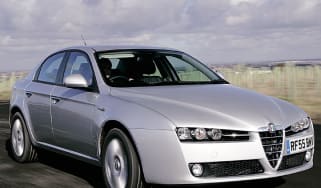 Great to drive, generously equipped, affordable to run and buy, the 159 ticks all the right boxes while appealing on an emotional level too.
Alfa Romeo 159 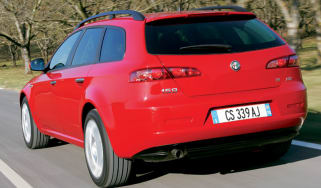 When it comes to producing beautiful cars, no one does it better than Alfa Romeo. Whether it's a sporty coup� or a svelte estate, jaw-dropping styling…
Alfa Romeo 159 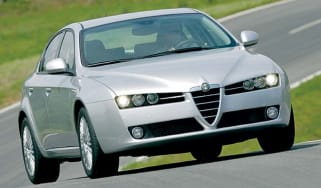 Could Italy's most famous sporty saloon be better than Germany's? Alfa says its 159 - the eagerly anticipated replacement for the 156 - has got what i…
Skip to HeaderSkip to Content