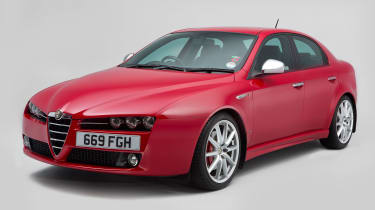 The 159 is way ahead of previous Alfas in terms of reliability and build quality, although it’s still behind key rivals. Time after time our Driver Power surveys have highlighted the fact that the brand trails its German rivals on quality. But lower prices go some way towards making up for that. Inconsistent dealer service can be an issue, but a good independent specialist can transform the ownership experience. Despite Alfa’s reputation for sportiness, the 159 isn’t that fast. Refinement and equipment levels are good, though. If you’re buying with your head, you probably won’t be tempted – but if you’re buying with your heart, the 159 makes sense.

If you’re in the market for an executive model, you don’t necessarily have to buy something sober and German. Instead, you could opt for an Italian car with sporting flair.

While that might seem like madness, if you’ve always dismissed the idea of buying an Alfa Romeo because of the company’s poor reputation for reliability, maybe it’s time you opened up to the idea.

We’re not pretending for one minute that the Alfa 159 is as clinically efficient as its more obvious German rivals, but that’s rather the point. If you want family transport that stands out from the crowd, puts a smile on your face and will also cost you less money, this could be just the thing. 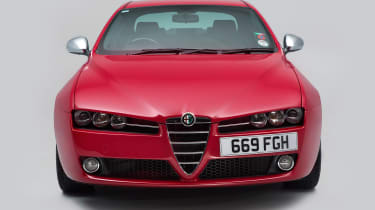 From May 2007, Alfa offered a new entry-level 159 in the shape of the 1.8-litre MPi petrol model; and at the same point, the Sportwagon five-door estate was also introduced, with identical engine options to the saloon. In October 2007, the Q-Tronic automatic transmission debuted in the 3.2 V6, 1.9 JTDm and 2.4 JTDm – the latter benefits from a power boost to 210bhp, having previously delivered 200bhp.

The 2.0 JTDm and 1750 TBi are the best engines, but there’s little demand for petrol- powered 159s, so they could be tricky to sell on. Although the 1.9 JTDm is muscular and frugal, it’s also most likely to give problems.

The auto is nothing special and it’s also less reliable than the manual alternative. The entry-level trim is the Turismo, followed by the Lusso, then the Ti. All cars come with alloy wheels, dual-zone climate control, power folding mirrors, seven airbags, cruise control and electric windows. Lusso spec adds leather upholstery, automatic lights and wipers, plus parking sensors, while the Ti has sportier trim, 19-inch wheels, lowered suspension and heated front seats. 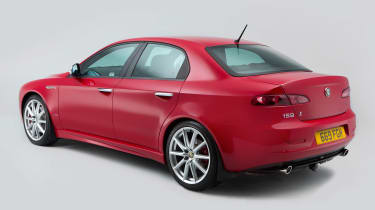 Alternatives to the Alfa Romeo 159

Audi’s A4, BMW’s 3 Series and the Mercedes C-Class are the most obvious alternatives. All are more anonymous, but come with a wider choice of engines and bodystyles and are more readily available. Yet you’ll pay significantly more for any of these options, and while you may be rewarded with greater reliability and better build quality, neither can be guaranteed.

If you’re after a premium badge on the cheap, you should look to Sweden. Volvo’s S60 is comfortable and spacious, but offered as a saloon only, while Saab’s 9-3 comes in saloon or estate forms. Neither is a class leader in any particular area, yet they both offer strong value for money.

On cars that haven’t had regular oil changes, the turbochargers can cause issues. Plus, the dual-mass flywheel fails on cars used for stop-start driving. 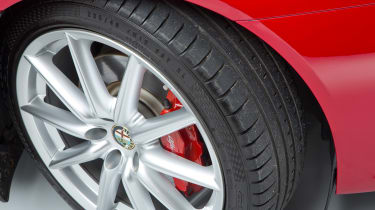 Front tyres don’t last long, and this is often because the steering geometry is out. The front upper wishbone bushes also wear out, adding to the problem.

Some steering racks can last as little as 60,000 miles before they have to be replaced. Look for signs of fluid leaks and feel for heavy steering.

If the gearchange is notchy, you’ll just have to live with it. The manual box itself is strong enough, but the shift action isn’t especially satisfying.

The cabin is typically Italian and all the more attractive for it. Even basic cars look superb, while top spec editions get higher-quality materials. The front seats are comfy and supportive, but the rear is a bit tight on leg and headroom. The boot isn’t very spacious, either, with a mere 405-litre capacity. 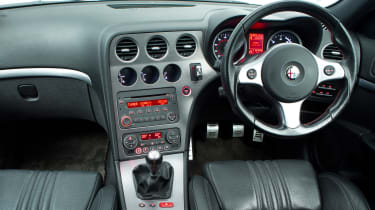 All 159s need an oil and filter change every year, but a full service is required only every two years. Diesel-engined 159s can go for up to 21,000 miles between check-ups, while petrol-engined editions cut this to 18,000 miles. A full service costs around £250.

There’s no requirement to change the coolant at any set point, but it’s checked at each service. Fresh brake fluid is required every two years, at £45, while the 1.8 MPI, 1.9 JTDm and 2.4 JTDm engines have a cambelt. This needs replacing every four years or 60,000 miles. 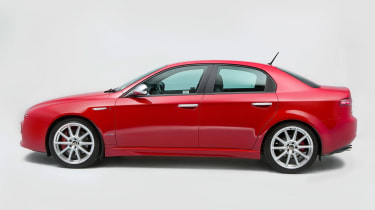 Some 159s produced in October and November 2007 were fitted with faulty brake hoses, which could lead to failure; they were recalled in December 2007. Another brake issue led to the final recall, in 2009, which affected cars made between November 2006 and November 2007.