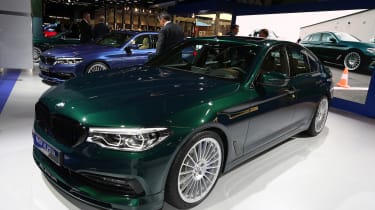 The BMW Alpina D5 S has had its public debut at the 2017 Frankfurt Motor Show, a car which Alpina is calling one of the fastest diesel production cars in the world.

Based on the latest BMW 5 Series saloon, the D5 S comes fitted with a 322bhp 3.0-litre six-cylinder biturbo diesel engine that develops 700Nm of torque. A four-wheel drive system based on BMW's xDrive system has been fitted as standard for the first time, which allows the saloon to hit 0-62mph in 4.9 seconds and 170mph flat out, Alpina claims.

An eight-speed automatic gearbox, which has been specifically adapted for the D5 S, is the only transmission option. Alpina Sport suspension with electronically adjustable dampers has also been fitted, while an optional Sport Plus package adds rear-wheel steering. 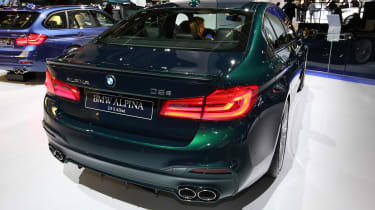 To mark the D5 S out over any other 5 Series, four chrome-tipped exhaust pipes protrude from the redesigned rear bumper, while a deeper front bumper and bold Alpina badging feature at the front.

A Touring estate version of the D5 S is available in mainland Europe but not in the UK. Left-hand drive models also feature a more powerful version of the 3.0-litre biturbo diesel engine, which develops 385bhp and 800Nm of torque.

What do you think of the BMW Alpina D5 S? Let us know below... 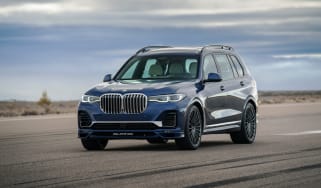