Q by Aston Martin unveils a pair of special DB11s 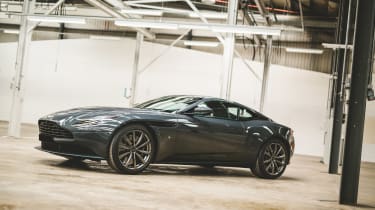 Since it began in 2012, Aston Martin’s bespoke customisation service, ‘Q by Aston Martin’, has been trotting out super luxurious, bespoke versions of Aston Martin models for customers with the cash to afford them. The latest two commissions being added to its portfolio are the Henley Royal Regatta DB11 Volante and the DB11 Classic Driver Edition. Needless to say, they take the already plush DB11 to new heights of opulence. 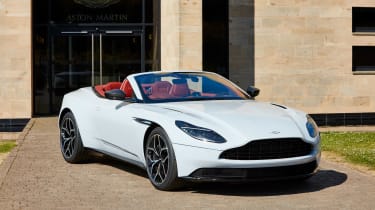 Inside, the special edition DB11 is trimmed in Red Oxide Caithness leather and technical carbon fibre, which features stainless steel crossed oar motifs and hand-painted pale blue accents. The DB11 Volante achieves 0-62 in a rapid 4.1 seconds, with a top speed of 187mph.

Costing a considerable £199,995, the Henley Royal Regatta DB11 Volante is certainly a collectible. The one-off car will be displayed as a centrepiece at the Regatta, where Aston Martin will be showcasing its range of sports cars.

In addition to the special edition Volante, Q by Aston Martin has also announced the DB11 Classic Driver Edition. This car celebrates 20 years of the Classic Driver website.

As if one option wasn’t good enough, the DB11 Classic Driver Edition will be available as both the Volante convertible and the Coupe. 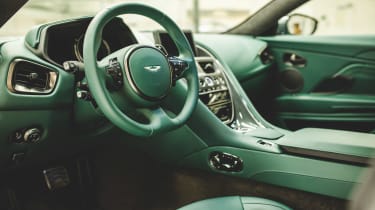 Moving inside, the interior is swathed in exclusive Eifel Green Caithness leather, and the Classic Driver logo is stitched into the headrests in Parliament Green thread. All 20 cars will also wear the Classic Driver logo on sill plaques and handmade enamel fender badges. To literally top it all off, the Volante variant of this edition features a Westminster Green textile roof.

Costing £199,275, the DB11 Classic Driver Edition is available on request, but prospective buyers better get there fast as Aston Martin has confirmed that only 20 will be built in total.

What do you think of the latest efforts from Q by Aston Martin? Let us know below...