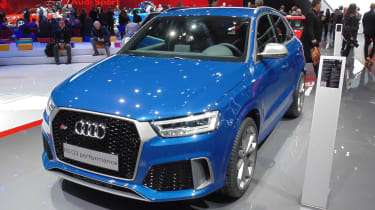 Audi has introduced a new range-topping version of its smallest SUV at the 2016 Geneva Motor Show; called the RS Q3 Performance. It packs 362bhp and 465Nm of torque making it the most powerful version of the Q3 ever produced.

Fitted with the same 2.5-litre five-cylinder TFSI engine as the standard RS Q3, Audi has extracted an additional 27bhp and 15Nm of torque to bring it into line with the latest RS 3 hatch. It costs from £49,175 in the UK. 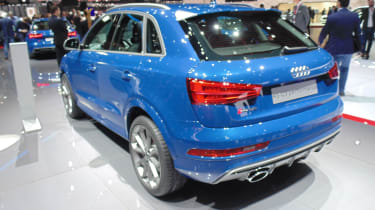 Aside from the power boost the new Performance model also gets several exterior design tweaks; a matt-titanium finish has been added to the frame of the front grille and air inlet duct, while the roof rails, upper edge of the rear diffuser and fins of the roof mounted spoiler also feature the same unique finish. 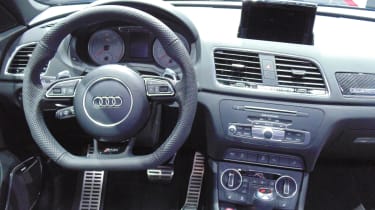 The RS Q3 Performance is on sale now at a £3,365 premium over the standard RS Q3 – with first deliveries expected in the spring.