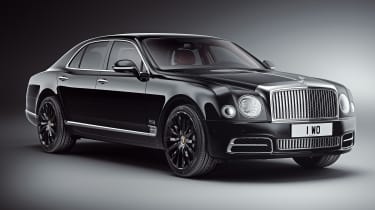 Bentley will be marking its centenary next year by building the Mulsanne W.O. Edition, named after Bentley’s founder William Owen Bentley. Designed by Mulliner, only 100 cars will be built, which will each contain a slice of the original crankshaft taken from W.O. Bentley’s personal car.

Launched in 1930, the Bentley 8-litre was the last car to be designed by Bentley’s founder W.O. Bentley. It featured the most powerful engine of any car available in Britain at the time – a 7,983cc straight six. W.O. was forced to sell his own Bentley 8-litre a year later in 1931.

The limited edition Mulsanne takes design inspiration from W.O.’s original 8-litre and includes a chrome bonnet strip and optional chrome radiator shell and grille, topped with the Flying B mascot. The car also comes with Onyx paintwork, although customers can select other colours from Bentley’s colour pallet. The Mulsanne also includes a W.O. Bentley signature badge on the lower bumper and self-levelling wheel centres and door treadplates, which both incorporate a specially designed centenary badge.

Inside, the Bentley Mulsanne design is based around 1930s luxury living, with an illuminated cocktail cabinet which contains the piece of the original 8-litre’s crankshaft in a specially designed display window. An inscription sits just below this, detailing the significance of this piece of Bentley history. 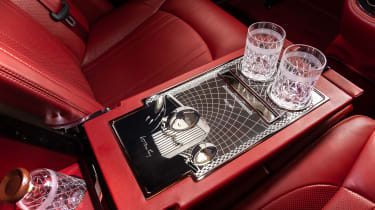 There’s no word yet on how much you can expect to pay for one of these limited editions, but the Mulsanne W.O. Edition can be specified on any of the three Mulsannes in Bentley’s range.

The Mulsanne W.O. Edition will make its debut at the Pebble Beach Concours d’Elegance in late August and customer deliveries will begin in 2019. 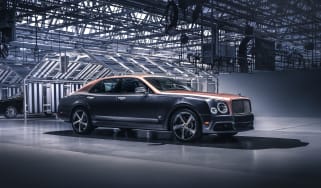 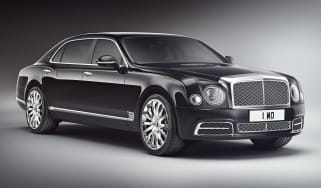