BMW's i8 supercar gets three cameras instead of side mirrors, and smart view displays 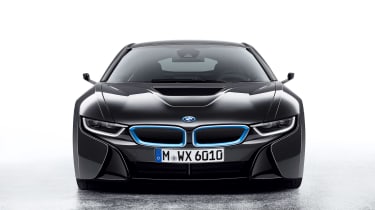 BMW's bold i8 iVision Future Interaction might be hogging the limelight at CES 2016, but the German firm has also shown off its Mirrorless concept of the hybrid supercar.

Revealed alongside a host of new tech at the Consumer Electronics Show in Las Vegas, the i8 Mirrorless looks entirely production-ready and features three wide-angled cameras mounted on the doors and rear window.

These cameras feed back to a 300 x 85-centimetre screen that sits in place of the rear-view mirror on the centre of the windscreen. BMW says the screen has been placed at the lowest point of a current rear-view mirror, but takes up more space above, without obscuring the forward-facing view of traffic lights, etc. 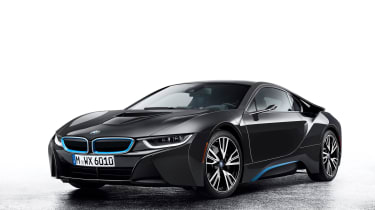 Designed to entirely eliminate blindspots and avoid misjudged manoeuvres between lanes on the motorway, the system is easier to use than traditional mirrors because you only adjust one thing for each driver. Results show the reduction in the size and shape of the door-mounted camera systems increase aerodynamic efficiency by three per cent. By default, the savings in aero have improved fuel efficiency by one per cent.

The cameras are smart, too. Like normal blind-spot detection systems, the system can detect imminent hazards and display them with yellow warning icons. Parking guide lines are also placed across the screen to aid manoeuvres. 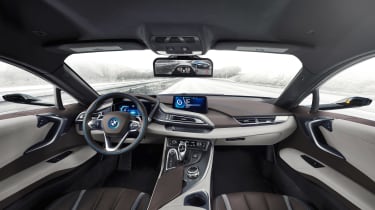 To make sure the cameras are never obscured by dirt and debris, they feature Gorilla glass to avoid scratches and a clear coating to eliminate muck.

No production intention is confirmed for the i8 Mirrorless concept, as BMW is currently limited by regulation. However, homologation to prepare the tech for production will start in Europe in 2016 and in Asian markets from 2018.

Are mirrorless cars the future? Let us know below!