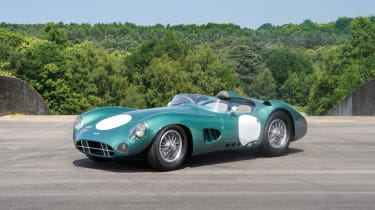 The value of classic cars has plunged in the last two years but they still top the list of the most valuable collectible items for wealthy individuals looking to invest their cash, according to a leading private bank.

Coutts bank released their annual ‘Objects of Desire’ index, revealing the top valuable ‘passion assets’ across the globe. In the ‘collectibles’ section, classic cars gradually climbed each year between 2005 and 2014, with a particular boom between 2013 and 2014. In the last couple of years, however, the overall value of classic cars fell with a 10.4 per cent decrease in 2016. Over the longer term this still looks like a minor blip with vintage cars showing healthy returns on investment of 331.9 per cent since 2005.

The classic car is still by far the most valuable precious commodity in the Objects of Desire index, even though other treasures are closing the gap, such as rare musical instruments, which grew by 16.4 per cent in 2016. Despite the decrease in automobile value, classic cars remain popular with investors in the collectible assets market.

And at the very top of the market classic car auction records continue to tumble. 2016 saw a 1961 Ferrari 250 GT SWB California Spider sell for $18.2 million at an auction in Florida and records are being set this year too. The very first Aston Martin DBR1 ever built in 1956, became the most expensive British car sold at auction, changing hands for $22.6 million in Monterey, California in August.

Has your dream classic been taken out of reach by investors infalting prices? Let us know in the comments below...