DPF: what is a diesel particulate filter? 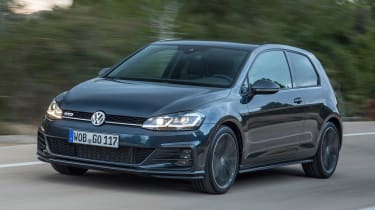 While diesel has been gaining a bad reputation for its polluting tendencies in recent years, there's no escaping the fact that there are still plenty of cars on the road that are powered by fuel from the black pump. Ever-stricter emissions legislation has forced car makers to come up with a number of different solutions that are designed to reduce the amount of harmful pollutants coming from diesel exhausts, and one of the essential devices that's used is the diesel particulate filter, or DPF for short.

This piece of kit is commonplace on diesel cars, whether they're built by BMW, Ford or any other manufacturer. The DPF is part of a diesel engine's exhaust system, and it is used to collect soot and other particles that are generated when the diesel fuel is burned inefficiently by the engine. These inefficiencies happen because a diesel car is old or in need of a service, although diesel cars that do lots of short low-speed journeys where the engine doesn't warm up enough can also be less efficient and generate more of these particulate emissions. 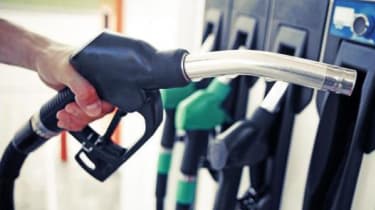 The diesel particulate filter works in a similar way to a catalytic convertor by trapping the pollutants within it as the exhaust gases pass through. The most common material used in a DPF is the same as you'll find in a cat, too: cordierite. This ceramic material is efficient at absorbing soot and other deposits, and it's relatively inexpensive when compared to some of the other materials found in exhaust filtration systems. The clever part of a DPF is that it's 'self-cleaning' and can regenerate to carry on cleaning your exhaust gases.

That means the car's electronics can detect when the DPF becomes filled with particulate matter and soot, and can set about forcing out clogged material when necessary. This usually happens when a car is being driven at speed, although some filters can be unclogged with the car parked and the engine running at a higher idle speed.

If a DPF isn't cared for properly problems can arise. The biggest problem with DPFs is that they don't cope well with light use. So if you've got a diesel car that is exclusively used around town on low-speed journeys that don't see you revving the engine very much, then the DPF can get clogged, without the 'self-cleaning' system ever activating. A precursor to a DPF failure will be a warning light on the dashboard. If this illuminates, then you need to seek remedial action from a service centre as soon as possible.

The way to clean and regenerate a DPF is to get the car warmed up and give it some revs. If you go for a 20-minute drive, then that should heat things up nicely, and then what you need to do is find a stretch of fast road or motorway where you can accelerate your car. Do this, and you should see a telltale cloud of soot purge itself from your exhaust and into the road behind - it looks unpleasant, but your car will feel the benefit immediately. 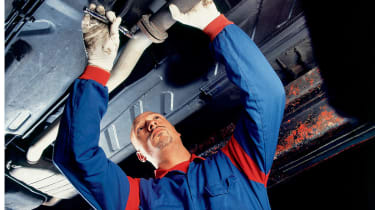 Some people may be tempted to bypass any DPF issues by removing it from their car, but this is definitely not recommended. Not only will your car constantly belch smoke and other nasties into the air, but it could fail its annual MoT test due to the increased level of pollutants that are no longer controlled by your car's exhaust system.

Having said that, unless the car's emissions are affected, it's hard for an MoT test station to detect whether a DPF has been removed. Unscrupulous owners can easily remove the DPF assembly, and some garages even offer a DPF removal service. These take out the filters and remount the empty housing, so it looks like the DPF is fitted as normal. And because the MoT only requires a visual inspection that all emissions kit is present, the MoT tester would be none the wiser. If you are caught driving a car without its DPF in place, you could face a fine of up to £1,000, so don’t do it and be cautious about buying used cars that you suspect might have had this work done.

Have you had any problems with DPFs that we should know about? Let us know in the comments below.