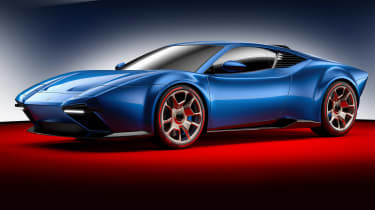 Modena-based ARES Design has recreated the legendary De Tomaso Pantera supercar of the 1970’s under the name Project Panther. Based on the current Lamborghini Huracan, the ARES Project Panther will be fully assembled at the firm’s new factory in Modena and is due to go on sale in the autumn of 2018.

To create the Project Panther, the Huracan body has been thoroughly overhauled with design cues from the 1970’s liberally applied. The first noticeable retro feature is the pop-up headlamps, which haven’t been seen on a production car since the Chevrolet Corvette C5 and Lotus Esprit both ended production in 2004. The black side vents from the original Pantera are also fitted on this classic remake. 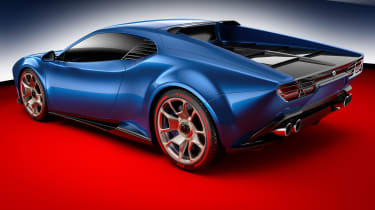 At the rear, ARES has performed the same trick by making the Project Panther look as close as possible to the original car built by De Tomaso, which was housed in Modena between 1959 until its bankruptcy in 2015. Some modern features are noticeable on Project Panther, such as the 10-spoke wheels with their Pirelli P-Zero tyres and the new exhaust pipes.

The main goal of the design team was to create ‘future classics that reflects the essence of iconic cars’. Project Panther will be built in ‘very limited’ numbers and will go on sale to customers in the second half of 2018.

ARES Design was founded by ex-Lotus CEO Dany Bahar and has already begun to design coachbuilt variants of existing cars, such as its own take on the Rolls-Royce Wraith and Bentley Mulsanne. The firm recently announced a new 18,000m² factory in Modena where its new Project Panther will be assembled.

What do you think of the ARES Project Panther? Let us know in the comments below...