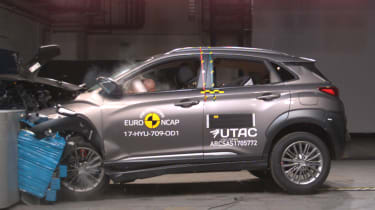 The latest batch of Euro NCAP results has been published, and it’s good news for the all-new Kia Stinger saloon and Hyundai Kona crossover. The pair of Korean cars are among a range of new models that have obtained the top five-star Euro NCAP safety rating.

Although it’s been on sale for 18 months, Euro NCAP has only just tested Jaguar’s F-Pace SUV, with a five-star rating and a 93 per cent score in adult occupant safety. The BMW 6 Series Gran Turismo and Toyota Yaris were the last recipients of the highest safety rating. 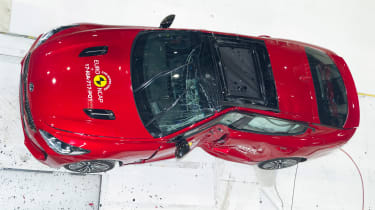 Despite sharing many common parts with the Hyundai Kona, the Kia Stonic scored just three stars. However the Stonic equipped with the optional Advanced Driving Assistance Pack (ADAP) sees that rating move up to five. Dacia’s all-new Duster was also awarded a three-star rating ahead of it going on sale in the UK early next year.

There was bad news for Fiat, as its Punto hatchback scored zero stars, a first in Euro NCAP’s 20-year history. It scored zero in safety assist with the highest score being 52 per cent in pedestrian safety. This is in stark contrast to the Punto’s 2005 Euro NCAP score, where it was awarded the full five stars.

Below is a list of all the cars that were tested in today's batch of Euro NCAP results.

What do you think of the latest batch our Euro NCAP results? Let us know below...