Derived from Toyota’s sportscar racing programme, the GR Super Sport concept will be unveiled under the Gazoo Racing performance brand 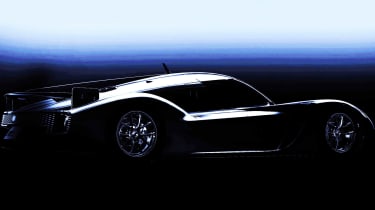 Toyota has announced a Le Mans-derived GR Super Sport Concept under its Gazoo Racing performance banner will be unveiled at next month’s Tokyo Auto Salon.

The car has been previewed by a teaser image while a tweet from Toyota’s racing division confirmed that the concept would be a road car if it makes it to production. The hazy image shows a vehicle looking very similar to Le Mans prototypes run by Toyota’s World Endurance Championship team; flared wheel arches, a low-slung roof, big rear wing and shark fin above the rear engine cover are noticeable along with the race-derived wheels and brake calipers.

The GR Super Sport is also said to draw inspiration from the Yaris rally car that Toyota’s World Rally Championship division competes with. Should it go into production, it will likely be in very limited numbers.

More details will be announced closer to the grand unveil at the Tokyo Auto Salon on 12-14 January. The Japanese manufacturer will also unveil a pair of performance cars under its Gazoo Racing (GR) subsidiary - the 86 GR and the Vitz (Yaris) GRMN, with the latter being launched exclusively in Japan to just 150 units.

Do you like the look of the GR Super Sport concept? Let us know why below...