Should I buy a new diesel car?

Diesel cars are being hit by tax hikes and bans, but they still have their benefits. Read our Q&A before buying a new diesel car in 2019... 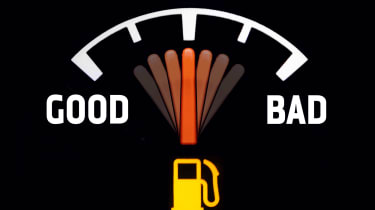 If you’re wondering if you should buy a new diesel car in the wake of various bans and higher taxation, the answer really depends on your needs. If you cover a lot of miles a diesel will likely still be the best option. Newest Euro 6 diesels still achieve, on average, better fuel economy than petrol counterparts. If you regularly tow, or prefer larger vehicles, diesels are likely the best choice due to their torquey nature.

In a bid to clear up the confusion surrounding diesel, below we’ve answered a few of the key questions being asked by those wondering if they should buy a new diesel car.

Will my diesel hold its value?

New diesel sales have fallen, but the used market has been less affected. Valuations specialists cap hpi says demand for used diesels is still strong. In the future, it expects used diesel prices to deflate slightly, although the fall shouldn’t be too great.

Will I pay more tax later?

Diesel cars were hit by a tax hike in April 2018, jumping up a tax band. Only new diesel cars were hit so if you buy used, you won’t be affected. The tax increase only affects first-year rates, and is as little as £20. It’s also worth noting that any future tax legislation will likely apply to new cars only.

Will I face penalties?

Instead of issuing diesel bans in cities and towns, UK authorities are more likely to introduce charging zones that would require older diesel and petrol cars to pay an ‘entry fee’. Like the recent London T-Charge, the charges are expected to only apply to older vehicles. Latest Euro 6 cars are T-Charge exempt and will be free to enter the London Ultra Low Emissions Zone (ULEZ), due to arrive in April 2019.

Are diesels too polluting?

The Society of Motor Manufacturers and Traders says diesel cars emit on average 20 per cent less CO2 than petrol equivalents. Independent tests by Emissions Analytics have shown there’s huge variation in NOx output between diesel models. Some match laboratory targets under real-world driving, while others pollute significantly over. We advise researching the model in question.

Still not sure whether to buy a diesel car? Take a look at our detailed diesel coverage right here…