‘Yearly savings of thousands are achievable for drivers’

With the average cost of driving a car hitting £5,795 in 2017, Mike Rutherford offers advice for saving money 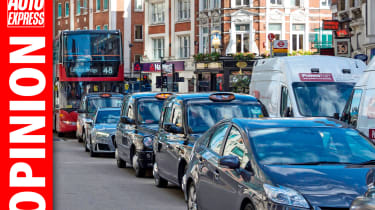 It’s a figure most of us would prefer to ignore – the annual price of holding the keys to a modest new or newish car covering almost 1,000 miles a month. Whether leasing or buying, I reckon it’s around £5,000 all-in.

Shocked? Don’t be. Raising the money for and acquiring even a half-decent small to medium vehicle, then taxing, insuring, fuelling, driving, cleaning, parking, servicing and repairing it while watching it depreciate daily is not a cheap process. Thus the need for the typical 10,000-12,000-mile-a-year motorist in a sub-£15k-£20k car to have that five grand per annum budget before possible tolls, fines and other often-forgotten expenses.

Sure, you pay a lot, but you get a lot in return – the privilege of enjoying exclusive access to a humble road-legal vehicle 24/7, 365 days a year, for starters. One of the joys of modern life, no?

Reckon my figure of £5,000 is too high? Then you won’t like what follows from automotive research specialist INRIX, which says it’s too low. The company insists “the average UK driver faced a total driving cost of £5,795 in 2017”. When considered that its researchers included what they bizarrely describe as the “toll fees, wasted time and carbon, plus overpayments” that I didn’t factor in (sorry!), we’re not too far apart. Think £5k-£6k pa for Mr or Mrs Average Motorist.

But INRIX claims that, comparing like with like, the figure rises sharply to £9,430 pa if you’re a London resident or a regular commuter from the suburbs into town – where the streets are paved with highway robbers whose parking fees, ‘congestion’ taxes, low-emission zones and other legalised scams mug car drivers, especially those in older diesels. Even before inflation kicks in, £9,430 annually means a spend of around £100,000 over the next decade. Ouch!

On a happier note, INRIX claims that Bristol drivers typically need to pay only £5,111 annually... but that’s still 50 grand-plus per decade in today’s money. Still too much. Regardless of the car you drive, its mpg and annual mileage, yearly savings of hundreds, thousands or even tens of thousands are achievable. There are at least 100 areas for penny or pound-pinching.

Start by devoting an entire day to shopping around for your next insurance policy. You’ll probably earn more doing this than you’ll make doing an eight-hour shift at work! Also, boycott forecourts selling exorbitantly-priced fuels.

These two (of 100) simple cost-cutting measures on their own will almost certainly pay for that year-end holiday you thought you couldn’t afford. But you can – even if you start by merely trimming your annual motoring costs by 10 per cent. It’s a doddle. Do it. You owe it to yourself and your family.

Need to save money on your next car? Here’s how to negotiate the best possible deal…