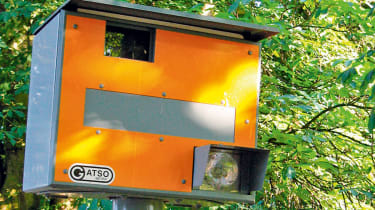 The UK’s busiest fixed speed camera made around £5m in three years by catching more than 50,000 drivers breaking a 30mph speed limit.

The camera on the A3024 Maybray King Way in Bitterne, Southampton was triggered 51,049 times over the course of 2015, 2016 and 2017, according to Freedom of Information figures seen by Mail Online.

Fines issued to drivers caught by the camera are set at a minimum of £100, so it will have generated somewhere in the region of £5m during the period.

The Southampton device topped a list of the top 10 busiest fixed speed cameras in the UK, which combined caught more than 350,000 speeding drivers, raking in approximately £35m for councils across the country.

The second-busiest camera is between Junctions 20 and 19 of the M62 Westbound in Greater Manchester, where 38,836 motorists were caught speeding in the space of the same three years.

Meanwhile, the A282 Dartford Crossing in Essex was the third-busiest, catching 38,729 drivers breaking the limit between 2015 and 2017.

Hugh Bladon, one of the founders of the Alliance of British Drivers, criticised the fact the highest ranking road was a dual carriageway but only had a 30mph speed limit, and called for it to be altered.

He told the Mail: “The speed limit needs to be reassessed to see what the normal speed of the road is. The limit should be set at the speed that 85 per cent of drivers take the road at.”

MP for the area Royston Smith disagreed with this analysis, though, saying: “I think if you put the speed limit up, people will drive up to and break that new limit.”

Edmund King, president of the AA, told the Mail that the fact the UK’s busiest camera is in a 30mph speed limit was “astonishing”.

“However,” he added. “The Department for Transport acknowledges that speed limits should be evidence-led, and it may be that the dualling of the A3024 at that point means many think it has a higher limit. It would be interesting to see how many offenders are new visitors to Southampton.”

King also posed the question of whether the reason for the Dartford Crossing making third place on the list could be because drivers are “racing” to make it across before the tolls come into effect at 6am each day.

“Perhaps if the toll was abolished, as it was supposed to be after the project was paid for, there would be fewer vehicles speeding,” he suggested.

Do you think speed cameras actually help to reduce speed? Let us know what you think in the comments below...