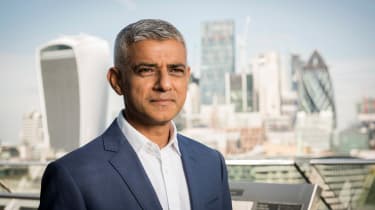 The Mayor of London has called on motorists across the country to “lobby the Government for a national diesel scrappage scheme.”

In an exclusive Auto Express interview, Sadiq Khan said drivers who had bought diesel cars in good faith under previous tax regimes “did the right thing”, but that it was now time to switch from diesel to electric. “What I don’t want you to do is go back to petrol”, Khan added, “so help me lobby the Government for a national diesel scrappage scheme.”

Back in 2001, the Labour Government of the time introduced a road tax regime that saw cars with low CO2 emissions benefit from lower tax, effectively encouraging drivers to buy diesel cars, which emit less CO2 than their petrol counterparts.

“One of the things that I’ve been lobbying this Government to do over the last few years is to recognise that poor families, small businesses and charities listened to the advice given by previous Governments and previous experts to buy diesel. Why? Because it produced less carbon than petrol”, the Mayor said.

“What we now know is that may be true”, Khan explained, “but they emit more particulate matter and NOx, which is dangerous to health, so I’m saying to the Government, help these drivers with a national diesel scrappage scheme, because many poor-income families and small businesses can’t do so.”

The capital’s Mayor added that it is a “consequence of poor air quality coming from transport primarily that we’ve got thousands of premature deaths in our city”.

Khan claimed the capital “isn’t becoming an anti-car city”, despite drivers having to pay up to £24 a day to drive in the centre at peak times, but insisted “London’s becoming a city that’s scrapping with the issue of a climate emergency”.

The Mayor added he wanted to make it easier for people to move towards electric or hydrogen power, as well as walk, cycle and use public transport.

Do you agree with the Mayor that there should be a new scrappage scheme? Let us know in the comments below...