New higher speed limits for lorries have caused the number of speeding HGVs to drop by 70 per cent, improving road safety 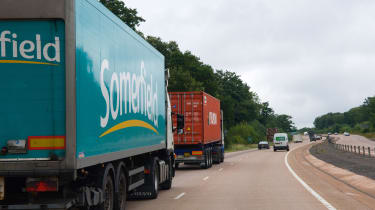 New speed limit increases for lorries have improved road safety by contributing to a 70 per cent decrease in the number of speeding HGVs, according to a Government report.

Now, a Department for Transport (DfT) report says this has contributed to a “statistically significant” improvement to road safety on the roads it analysed in its study, with the number of speeding lorries having fallen by around 70 per cent.

The average speed of lorries on single carriageway roads has risen by 1.5mph to 45.6mph, while average dual carriageway speeds for lorries have gone up 0.4mph to 52.4mph. The DfT says an increase of just 1mph in average lorry speeds would have freed up 650,000 hours of lorry drivers’ time and saved haulage businesses more than £10 million a year.

Roads minister Michael Ellis commented: “I am pleased to see the improvement in safety while helping to unlock the UK’s potential – encouraging growth and enhancing productivity - increasing the speed limit for lorries has helped companies save time and money, enabling them to reinvest this in their business and buying newer and greener vehicles.

“This move has also potentially improved road safety as it appears to have reduced the risks some drivers take when overtaking slow-moving vehicles.”

A final report is to be published on the full effects of the speed limit increases in due course, focusing particularly on the road safety aspect of the policy.

Do you agree that HGVs should be allowed to travel faster? Let us know your thoughts in the comments below...