There are many theories on how to improve economy, but which ones actually work? We called in the experts to find out! 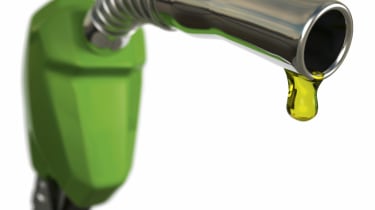 If you want to slash your fuel budget, you definitely can – as our journey in the MINI JCW on the previous pages clearly demonstrated. Our cautious driving style stretched our hot hatch’s economy by a staggering 25 per cent.

But what else can you do to save fuel? Well, if the eco-driving experts had their way, you’d strip your motor back to its bare essentials, ditching air-con, the radio and other accessories. They’re all unnecessary extras, according to them, which will zap your car’s economy. But is this necessary, or even true? Auto Express decided to bust some of those mpg myths!

We hired the experts from Millbrook, one of the world’s leading automotive research centres. Famous for its high-speed bowl and more than 40 miles of test track, the Bedfordshire site was perfect for our requirements. With the help of Neil Fulton, engineering manager of the Powertrain division, we devised a route that took in the handling circuit, which simulates a flat A-road, and the city course, which has a series of stop-starts. Following that, we would complete a 75mph lap of the bowl, and two of the three loops of the hill route with its extended gradients.

He would drive a Vauxhall Astra 1.9 CDTI SRi, with Anthony and his laptop in the passenger seat. A programme called Ecolog plugs into the vehicle to monitor engine speed and throttle position to calculate CO2 emissions. From this, it can work out how much fuel is being used, and is accurate to around three per cent.

The first run over the 7.75-mile course would establish a base time. Our Astra’s headlights were on to meet track safety regulations, although this has a minor effect on economy. Alan would change gear at 3,000rpm to simulate a typical driving style. The first run took 15 minutes 45 seconds at an average speed of 29mph, and Alan achieved 30.5mpg. It was time to start the tests.

The first test simply involved pushing a button on the centre console to activate the air-con. There was a slight change in engine revs as Alan did it, then he and Anthony headed out on to the route.

Sixteen minutes later, they were back – with some dramatic results. “It’s made an eight per cent difference,” explained Anthony. “The mpg has gone from the baseline of 30.5mpg to 28mpg.” His computer highlighted the biggest difference was on the city course. “If I isolate that 0.8-mile stage from the whole route, Alan was getting only 20.2mpg: it was 25.6mpg on the baseline run.” He explained that because the engine revs were lower, the vehicle is running slower, so there’s an effect on economy. “What’s also interesting is that when we were on the bowl, the difference in fuel use between the baseline run and with air-con on is virtually nothing. They were both around 39mpg.”

Here’s another piece of accepted wisdom for getting the most out of a tank of fuel; if you have the air-con off, you should open the windows for fresh air. But only open them very slightly or it spoils your aerodynamics and cuts economy. After a couple of laps of Millbrook, we can safely say that’s rubbish! On the first run we had the front two open a third, and fuel economy was only a tenth off the baseline measurement. Going out again, with the two windows fully open, it knocked the figure down by a further two-tenths.

A tyre with low pressure has a larger footprint on the road, which means a greater rolling resistance. In short, it means the engine has to work harder and more fuel is used. The Astra’s tyres were checked at the start of the day and were at Vauxhall’s recommended figures of 39psi at the front and 36psi at the rear. For this lap of our circuit, we took all four down to 20psi to see what impact it had.

The result surprised everyone. Anthony’s box of tricks showed fuel economy only dipped a fraction at 29.7mpg. In fact, we ran the test a second time to ensure the figures were right, and got a similar outcome. “I would have thought there would be a big difference between the test and our baseline,” Anthony explained. “But the two graphs are virtually the same.”

Alan had reported very little in the way of handling difference on the two runs, and the only conclusion we could draw was that it was down to the Astra’s low-profile tyres. “Things would be very different in the wet,” warned our expert.

Three in the rear

It was time to get cosy on the Astra’s back seat. Across the whole course, the Vauxhall’s average dipped from 30.5mpg to 27.2mpg. But delving into the results revealed more information. “The additional weight makes hardly any difference on the low speeds of the city course,” Anthony said. “But at any other point where the car is accelerating – especially going uphill – it’s clear on the graphs where the figures drop.” Isolating the 1.7-mile hill route from the total, Alan was getting 28.4mpg on the baseline run, but that fell to 25.5mpg when the car was loaded with passengers.

Getting rid of add-ons when they’re not needed is standard advice if you’re looking to boost your mpg. Why? Because every car is designed to have a low drag, and a roofbox will spoil that. Wrong! Our test with a Thule product showed that even when filled with 72kg of ballast, close to the maximum load limit of 75kg, it only took 0.2mpg off the baseline.

“I’m quite surprised, I thought it would be more,” said Anthony. “I guess it’s because roofbox makers attempt to make them as aerodynamic as possible.” To prove the point, driver Alan said there was no additional wind noise from the box as he was lapping the track.

We left the loaded roofbox on the Astra and added a Thule bike rack with two adult cycles. We also put our three volunteers in the back of the car and fired up the air-con again. This was our worst-case scenario, simulating a family with a laden car heading off on a camping holiday.

It won’t be a shock to learn we got the lowest result, at 24.1mpg. But Anthony revealed there was very little difference to the baseline figure when simulating motorway driving on the bowl. “You can see the impact most on the hill route, with the baseline of 28.4mpg on that section down to 24.2mpg,” he explained.

This was our final test. From our experience on the MPG Marathon in the MINI JCW, we knew that slowing down can have a massive impact on fuel economy. But exactly how much? We set the Vauxhall Astra up on Millbrook’s high-speed bowl to do a single lap at 60, 70, 80 and 90mph. Our first run gave a very creditable 52.4mpg, but as our speed built, it soon tailed off.

Powertrain manager Neil Fulton was fascinated by our findings. “These results are a snapshot of one car on one day, but it’s clear that passenger and cargo weight makes a big difference to vehicle economy.”

He said this could be seen time and again on tests carried out on Millbrook’s chassis dynamometer. “Obviously one person taking a set of golf clubs out of his boot when they’re not required isn’t going to make much difference to his fuel use. However, if everyone in the country did it, it would make a impact in terms of protecting the environment.”

Results at a glance

- Air-conditioning makes a big difference when driving at low speeds, but has very little impact on the motorway. - Having the windows up or down makes very little difference. - A modern aerodynamic roofbox barely impacts on fuel used. - Slowing down on the motorway will boost fuel economy dramatically.

The Millbrook tests revealed the impact of different motoring scenarios on your fuel economy. But the element which makes the biggest difference is how you drive your car.

To demonstrate, Anthony wanted us to cover the same 7.75-mile trip that he and Alan had done, but in a reasonably aggressive manner, ignoring what we knew about eco driving.

Afterwards, he wasn’t very complimentary. “You recorded 30.2mpg, which is close to the baseline average we’d used for the test. But you were too harsh on the throttle, didn’t change up the gears quickly enough and didn’t anticipate the road ahead.” That meant we were accelerating up to junctions and braking, rather than coasting up to them in-gear, which doesn’t use any fuel. Anthony’s advice was to move up the gearbox at 2,000rpm in a diesel car, or 2,500-3,000rpm in a petrol.

Following Anthony’s advice, our second run was a vast improvement. Okay, we had driven slower; the course took us 16 mins 53 secs instead of 14 mins 28 secs. But that was a price worth paying when you consider the Astra returned 45.4mpg – that’s a massive 50 per cent hike! Anthony calculated that over a typical annual distance of 10,000 miles, with fuel priced at 112.9p per litre, we would save £567.12.