Drifting for the fans

Watch Ferrari, Mercedes and Audi perform for their Facebook fans in this official drift footage 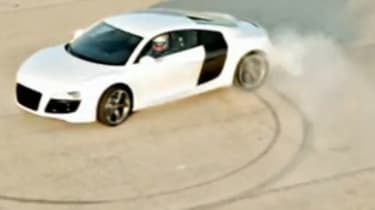 Watch official footage from Ferrari, Mercedes and Audi as they thank their Facebook fans in this new drift video.

Ferrari use the 458 Italia to show its appreciation to its eight million fans, while Mercedes includes footage of the C63 AMG Coupe drifting at the Mazda Raceway Laguna Seca.