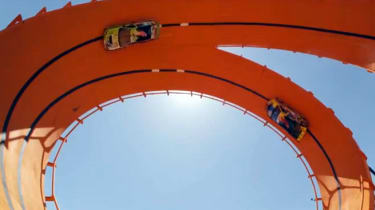 During the epic run Foust and Tracy were traveling at 52mph and experienced 7 G’s, and had to exit their loops on a single exit ramp. The nail-biting stunt went without a hitch, putting the two drivers firmly in the record books.