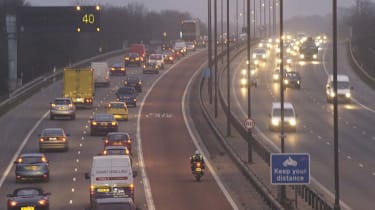 General Motors’ Chinese research and development arm has announced its idea of a smartphone app – dubbed DiDi Plate - enabling drivers to text others, by simply scanning their number plate with their camera.

In its promotional video for the technology, GM uses a man asking the girl in front of him on a date, as well as a woman scanning the number plate of the car that’s blocking her in a parking space as examples of how the app would be used.

The system simply scans the number plate and enables the driver to get in contact with the owner, whether or not the recipient has downloaded the app.

DiDi Plate raises a host of concerns for safety, privacy and even the potential for unnecessary displays of road rage. While an ‘anything goes’ approach may apply in China, it goes without saying that such an app would contravene a host of UK laws.

We’re sure GM’s intentions are honourable but the reality is that there is huge potential for abuse by drivers. Just imagine what will happen when one driver decides to let the person in front of them know what they really think of their bad driving – by texting them. The consequences could include verbal exchanges, road rage or even worse. Then you’ve got the more basic issue of the app encouraging phone use behind the wheel.

What do you think of the idea behind GM China’s DiDi Plate? Let us know in the comments section below…