What does your car say about you? 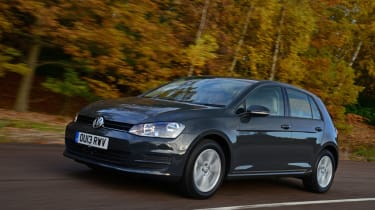 What do our cars say about us? It’s true certain stereotypes are applied to makes and models, and UK drivers can’t help judging each other on the road.

The associations a car holds are considerations when buying, too. Youngsters might not want to be seen in a model linked to older drivers, while men might shy away from cars perceived to be run mainly by women.

But we wanted to know if these stereotypes were fair and correct. To find out, we’ve analysed data from YouGov’s Profiler app. It polled thousands of people to compare what owners of cars from different brands were more likely to do with their spare time and where they were more likely to come from. And from this data, we’ve taken some of the biggest-selling manufacturers in the UK to find out what separates them... 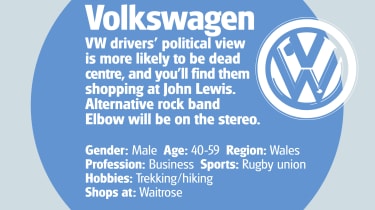 VW drivers’ political view is more likely to be dead centre, and you’ll find them shopping at John Lewis. Alternative rock band Elbow will be on the stereo. 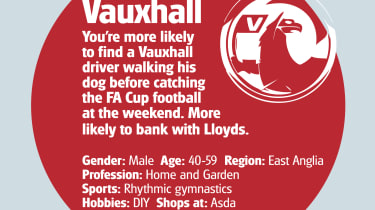 You’re more likely to find a Vauxhall driver walking his dog before catching the FA Cup football at the weekend. More likely to bank with Lloyds. 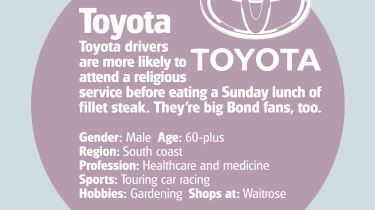 Toyota drivers are more likely to attend a religious service before eating a Sunday lunch of fillet steak. They’re big Bond fans, too. 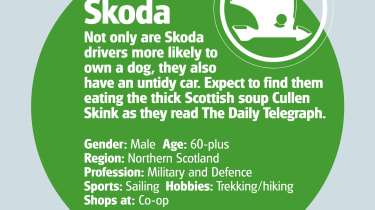 Not only are Skoda drivers more likely to own a dog, they also have an untidy car. Expect to find them eating the thick Scottish soup Cullen Skink as they read The Daily Telegraph. 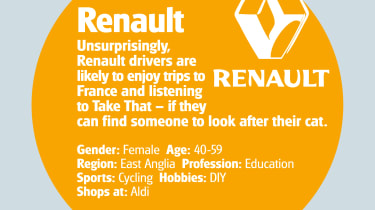 Unsurprisingly, Renault drivers are likely to enjoy trips to France and listening to Take That – if they can find someone to look after their cat. 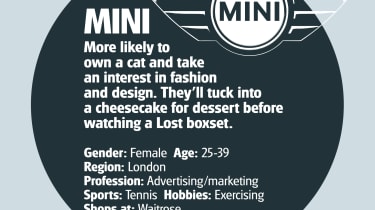 MINI owners are more likely to own a cat and take an interest in fashion and design. They’ll tuck into a cheesecake for dessert before watching a Lost boxset. 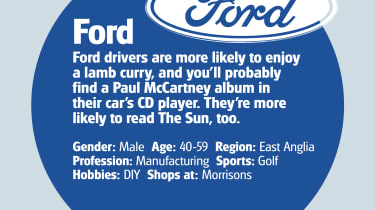 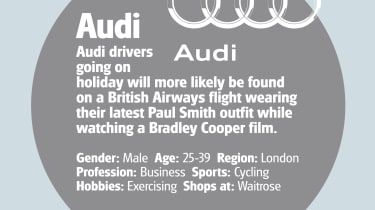 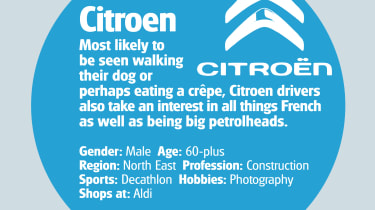 Most likely to be seen walking their dog or perhaps eating a crêpe, Citroen drivers also take an interest in all things French as well as being big petrolheads.

Do the YouGov Profiler's car brand owner profiles ring true? Let us know what you think in the comments section below...