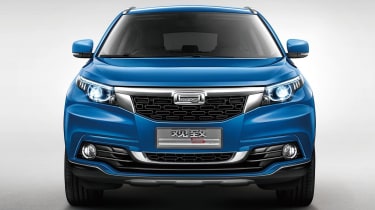 Qoros has shown off its new 5 SUV at this year's Guangzhau Auto Show in China, after a pre-reveal showing at the Milan Expo last month. The mid-sized SUV follows on from the Qoros 3 Hatchback and 3 City SUV to become the third in a four-model lineup - that may come to Europe as early as 2017.

At the Chinese show Qoros confirmed the 5 would go on sale in its home market in early 2016 - though customers are pre-ordering cars now with prices starting at 150,000 yuan (£15,500). Qoros executives in the past have said their vehicles won't go on sale in right-hand-drive markets until they're completely ready - so while the 5 and its siblings may hit the rest of Europe in 2017, it's unknown when we'll get them in the UK. 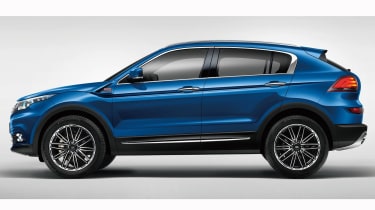 One thing that could hinder its success in Europe currently is the lack of a diesel engine. The 1.6-litre turbocharged petrol already fitted produces 154bhp, but in the Qoros 3 the same engine only manages an unimpressive 43mpg. Previous hints have suggested that a plug-in hybrid might make its way to market to help improve the 5's efficiency.

Other details were thin on the ground but Qoros did confirm the dimensions of the wheelbase - which at 2,697mm is just 3mm shorter than a Mazda CX-5. This also puts it up against rivals like the Hyundai Tucson and more premium opposition such as the BMW X3. It shouldn't be short on equipment, as the generous roster includes LED headlights, a panoramic roof, touchscreen infotainment system and a BOSE stereo. 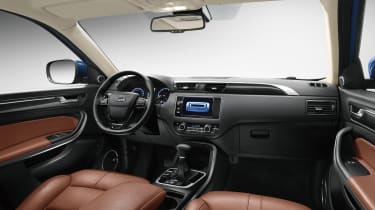 Safety is a particular area of interest as the last Chinese car to be sold in the UK - the Landwind CV9 - received just a 2-star rating when tested by Euro NCAP. The Qoros 3 however performed much better, with a 5-star rating in European tests and as the 5 is based on the same platform (and packed with safety equipment) we'd expect it to perform similarly well.

We'd also expect a price rise if Qoros cars made it to the UK - with CEO Phil Murtaugh claiming that the smaller 3 would be priced head-to-head with premium hatchbacks.

Do you think the Qoros 5 has what it takes to compete in the European market? Let us know in the comments...