Bewinged 'BC' edition of Huayra hypercar will be limited to just 20 examples, says Pagani 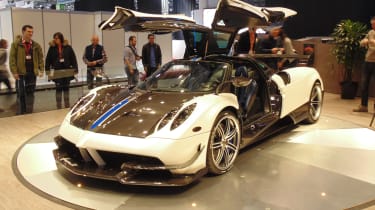 Pagani is bringing the fight to LaFerrari at the Geneva Motor Show, with a lighter, more powerful version of the Huayra sporting around 800bhp and topped off with a massive rear wing.

The new Huayra limited edition is named the BC after the Italian firm's first ever customer, and as well as the power hike it also boasts unique, aerodynamically enhanced bodywork.

BC stands for Benny Caiola, an Italian property magnate who died in 2010 and was a close friend of Horacio Pagani. He's dedicated a limited run of the Huayra BC to him, but it's a lot more than a sentimental statement. 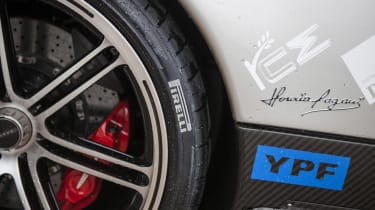 The BC gets the same AMG-sourced 6.0-litre twin-turbocharged V12 engine as you'll find in the standard car, but power has been upped to an unknown figure. Our sister publication EVO Magazine states it is "around 800bhp".

According to Pagani, no body panel on the BC is the same as the regular Huayra. The most obvious addition is the massive new rear wing, which combines with the front splitter to increase aerodynamic efficiency. 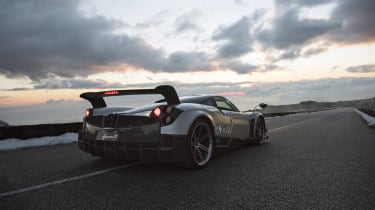 Weight saving has also been on the agenda: A new exhaust system sheds precious pounds, while aluminium compenents in the suspension are 25 per cent lighter than the regular Huayra's setup. The price is unconfirmed, but given the standard car costs £660,000 you can estimate a price in excess of £700k.

Not that it really matters - Pagani claims the limited production run of 20 examles is already sold.

Find out more about the cars at the 2016 Geneva Motor Show here...