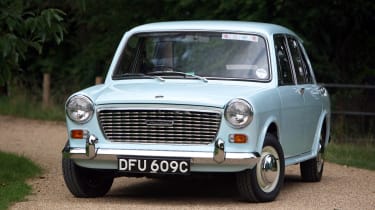 Queen Elizabeth II courted controversy in 1965 by appointing all four Beatles to the Order of the British Empire – an honour traditionally reserved for military veterans.

This was also the first year that official car registrations figures were unveiled, and they showed just over one million new cars found homes that year. The sixties were the most successful decade for the 1959 Mini, but surprisingly, it never topped the annual sales charts at home, ranking third in 1965. 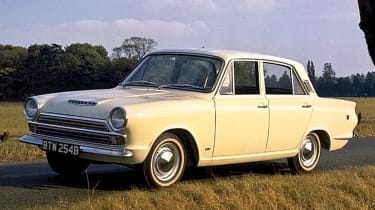 Instead, the Austin/Morris 1100 was the favourite, with a 14.3 per cent market share – a ratio that would be almost impossible to reach today. The Ford Cortina trumped its Mini rival in 1965 to rank in second place in the overall chart for the year.

Below it was the Ford Anglia, production of which would end two years later. Vauxhall was also present in the table, but with a name that went on to be discontinued in 1976: the Victor.

Unlike today, there were no foreign models in the top 10, as imports accounted for only five per cent of sales.