Ford dominated the best-selling cars list in 1995, with the Escort, Fiesta and Mondeo taking the top three spots 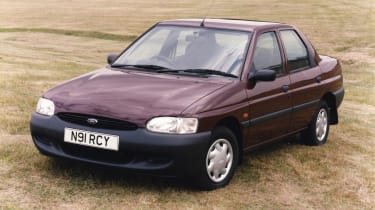 Only one per cent of the UK population had Internet access in 1995 – unthinkable 21 years on. Oasis and Blur were popular and the Spice Girls were less than a year away.

The year marked the last sales chart victory for the Ford Escort after a record 12 years as number one. The nameplate was axed in 1998 to make way for the Focus, but would end up being reinstated in China over 15 years later. 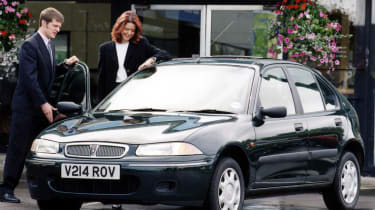 Ford monopolised the podium with the Fiesta in second and then the Mondeo, which replaced the Sierra in 1993. Vauxhall held the next three spots. Rover’s 200 and 100 came seventh and 10th respectively, but the brand bowed out from the top 10 in 1998.

Foreign nameplates reappeared among the 10 best sellers: the locally produced Peugeot 306 sold 56,112 units – then an all-time volume record for a foreign car in the UK. The nineties was when Korean manufacturers arrived, led by Kia, Hyundai and Daewoo.