The Ford Escort was the best-selling car in 1985, with the Vauxhall Cavalier in second 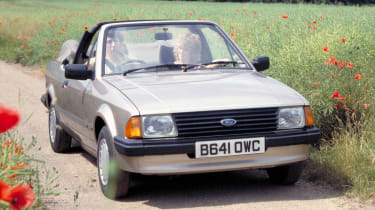 The Cold War was thawing in 1985, and PM Margaret Thatcher was in her second term. In response to the Heysel Stadium tragedy in Belgium, all English football clubs were banned from European competition for five years.

Over 157,000 Ford Escorts found homes in the UK in 1985, making it the best seller ahead of the Vauxhall Cavalier. The saloon version, badged Orion, sold another 65,000 units. The Ford Fiesta ranked third overall in 1985; it would have to wait until 1990 to hit top spot. 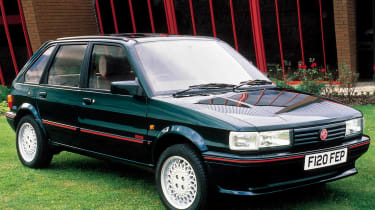 It competed with the 1980 Austin Metro, notably made famous by Lady Diana. Also sold as an MG, the Metro had no brand for a few years when Austin was shelved in 1987. It became a Rover in 1990, reflecting the tough times facing British car makers. But the bigger Maestro also registered in the chart.

In October 1985 local production of the Peugeot 309 began, making it the first of many foreign cars to be built in the UK.