As Silverstone hosts the World Endurance Championship (WEC) opener, we profile the contenders 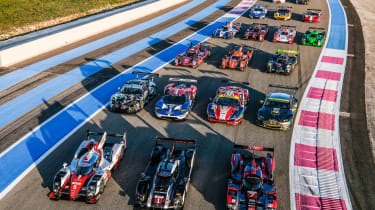 Porsche’s defence of its World Endurance Championship (WEC) manufacturer’s title against the might of Audi and Toyota begins with the Silverstone six-hour race in Northants on 17 April.

The German brand has retained its top-performing driver line-up (including F1 race winner Mark Webber) as well as revising its all-conquering 919 Hybrid racer in a bid to see off the challenge of its rivals, who have made big changes from last season to bridge the gap to Porsche.

Audi has changed from flywheel to battery power to complement the V6 diesel in its hybrid R18, while Toyota, which was badly off the pace for most of 2015, has predictably taken the most radical step over the winter, ditching its old naturally aspirated V8 petrol engine in favour of a new twin-turbo V6. 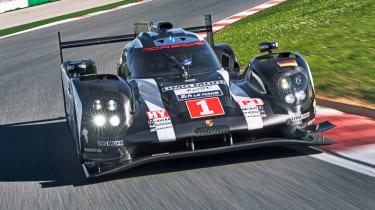 Toyota’s Hisatake Murata is bullish about the new TS050’s prospects, saying: “We believe a V6 turbo offers the best balance of power and efficiency under current rules.”

As well as developing a new engine, the Japanese brand has replaced the retiring Alex Wurz with Japanese ex-F1 driver Kamui Kobayashi (who previously raced in the WEC’s GT class for Ferrari in 2013). He joins Stephane Sarrazin and Brit Mike Conway, while the other car is piloted by the 2014 champion duo of Anthony Davidson and Sebastien Buemi, plus Kazuki Nakajima.

Audi’s driver line-up, like Porsche’s, is unchanged, but due to cutbacks in the wake of the VW Group emissions scandal, neither German brand will run a third car at the Spa and Le Mans rounds this year, robbing Brit Nick Tandy, young New Zealander Earl Bamber and current Formula One driver Nico Hulkenberg of the opportunity to repeat their fairytale 2015 Le Mans win.

Audi’s Marcel Fassler, who teams up with Andre Lotterer and Benoit Treluyer for the seventh season in a row, says the 13-time Le Mans-winning outfit has a lot to learn about its new car: “The aerodynamics are new and the hybrid system now processes 50 per cent more energy,” he explained. 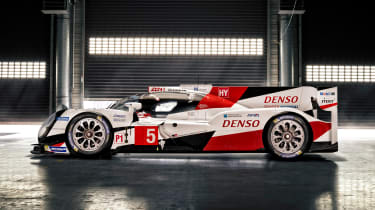 “As a result, a very different strategic approach is possible with the energy recuperated. We’ve put a lot of time into fully understanding these processes and figuring out the possibilities.” The second Audi sees Brit Oliver Jarvis once again sharing with Formula E championship leader Lucas di Grassi and Loic Duval.

All to play for in LMP2

The WEC’s second-tier LMP2 class, catering to private teams running customer chassis, is more competitive than ever this season. 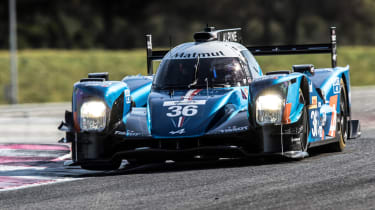 The fierce manufacturer battle between Audi, Toyota and Porsche in the top LMP1 category has enthralled fans of the WEC for the last few seasons, but this year it could be overshadowed by the revival of one of racing’s most celebrated rivalries, between Ford and Ferrari in the series’ GT class.

The American brand is coming back to the Le Mans 24 Hours (and the rest of the WEC) in time for the 60th anniversary of its historic 1966 triumph over Ferrari with the legendary original GT40. 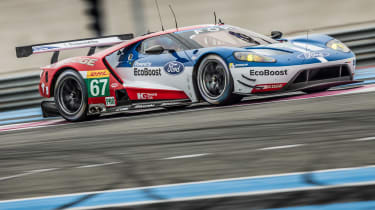 Its new GT faces the challenge of not only Ferrari’s latest 488 racer, but also two-car assaults from Aston Martin, Porsche and (at Le Mans only) Corvette. At pre-season testing, Ford’s Marino Franchitti said: “We’re a new team and finding our way, but there’s already great camaraderie between the crews. To win in the WEC, everything has to be perfect. It’s going to be a dogfight but we’re looking forward to it.”

The action kicks off at 12pm on the afternoon of 17 April, with full live coverage aired on Motors TV and £40 adult tickets available on the gate at Silverstone (children go free).

Will Porsche reign supreme again in the World Endurance Championship? Let us know below...