Take a look at our gallery of pictures from the 2016 Coventry Motofest, including the Aston Vulcan, rallycross monsters and classic cars! 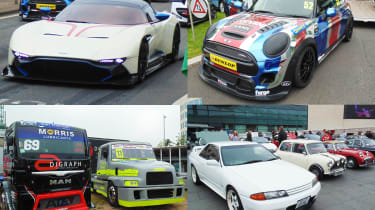 The third annual Coventry Motofest took the midlands by storm last weekend, with car makers, classic car clubs and enthusiasts flocking to the West Midlands for all things motoring.

The three-day event consisted of the city’s ring road being closed and used as a sprint circuit, classic car clubs taking to the city centre to show off their metal and local dealers reaching out to visitors. There were also music stages for local bands to play on and a small oval circuit made from an underpass car park for drifting and stock car events.

Out of all of the events, rare cars and good old-fashioned fun, though, the new Aston Martin Vulcan stole the show. The 7.0-litre V12 powered track monster screamed its way along the closed sprint route, and was the biggest crowd drawer there.

Watch the Vulcan in action in our video below:

At this year's event, punters were also treated to a slew of classic Land Rovers, Triumph motorbikes, rallycross titans and more. A few other notable cars included a modified Jaguar XJ (X358) made to look like an R-S model, a Citroen SM on its lowest suspension setting and a Porsche 356 coupe!

Click the image gallery below to see all of the great cars at the 2016 Coventry Motofest: 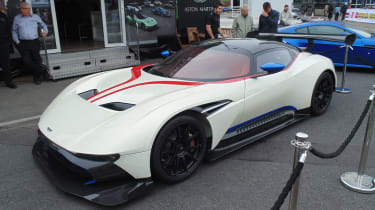