Jaguar celebrates 80 year anniversary with a moving display of priceless heritage cars in Coventry, including one-off XJ13 and D-Type 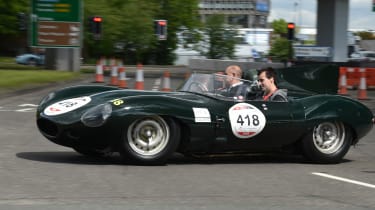 The second annual Coventry Motofest went off with a bang last weekend, partly thanks to Jaguar's extensive heritage presence. The British brand celebrated its 80th anniversary at the event, bringing along some of its most valuable and historic production cars and racers.

The Coventry Motofest is a relatively new event, and sees the Midlands city come to a halt in a gloriously loud three day festival of everything automotive. The city's ring road is closed off and turned into a street circuit, where everything from classic Le Mans racers, BTTC cars and drift teams showcase their talents in a cloud of noise and tyre smoke. 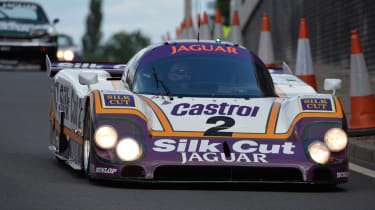 Alongside the moving activities at the free-to-attend Motofest, static displays of a vast variety of classic motors could be found dotted across the city, as well as new models and music festivities.

Jaguar invited us along as part of its anniversary celebrations, and gave us a special treat in the form of a fast ride-along lap in its heritage 1956 D-Type Long Nose, amongst a number of priceless heritage models, the new XE saloon and the F-Type Bloodhound SSC Rapid Response car.

Click on the image gallery and video link above to see details of the multi-million pound car collection tackling the Coventry ring-road.