With diesel engines under fire, Mike Rutherford is worried that owners who bought their cars in good faith will soon face penalties 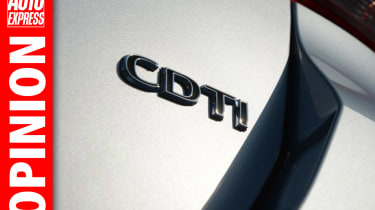 If you took the advice of politicians and invested in an eco home, solar panels, triple glazing, LED bulbs, plus a bicycle stored in a shed made from recycled lentils, you should be content that you’ve done your bit. But ask yourself how you’d feel if punitive taxes were now dumped on you for using such eco-affable products? At the very least you’d be frustrated... and cheated.

So spare a thought for those who recently invested £20k, £30k or £40k in state-of-the-art, diesel-sipping cars the same politicians encouraged and sometimes incentivised them to purchase. Shamefully, the state is now keen on financially punishing these consumers for driving such vehicles. Their owners are entitled to feel like duped, defrauded victims of a (political) crime.

Successive governments have helped pay for (via their respective scrappage subsidies) motorists to abandon their ageing but adequate petrol cars and switch to fuel-miserly, hi-tech diesels instead. In good faith, consumers went along with the state-sponsored pro-diesel vibe. Yet now the cross-party consensus seems to be that derv is the devil, petrol is pukka and electric is Utopia.

Diesel fuel, diesel cars, diesel car manufacturers and diesel car drivers are all being demonised by politicians of every colour. Increasingly, there are threats to fine such drivers (via additional taxes) when they have the temerity to, er, drive their cars purchased for all the right reasons.

When I took part in a BBC Radio 4 debate with a Green Party spokeswoman the other day, she went further still by firmly suggesting that all 11 million diesel cars on UK roads must be scrapped – with car makers/owners, rather than the state, picking up the tab, which would run into billions. How’s that for ecomental madness?

And how’s this for a compromise? Let’s have no retrospective financial punishments dumped on consumers who purchased diesel cars in good faith – and often with a pro-diesel steer from the government of the day. And if the politicians continue to demonise diesel while still insisting on further punitive taxes for diesel engines, why not a well publicised, one-off extra tax on all new diesel and diesel-electric vehicles ordered in future?

Did you buy a diesel car? Worried about a potential financial hit? Let us know in the comments below...